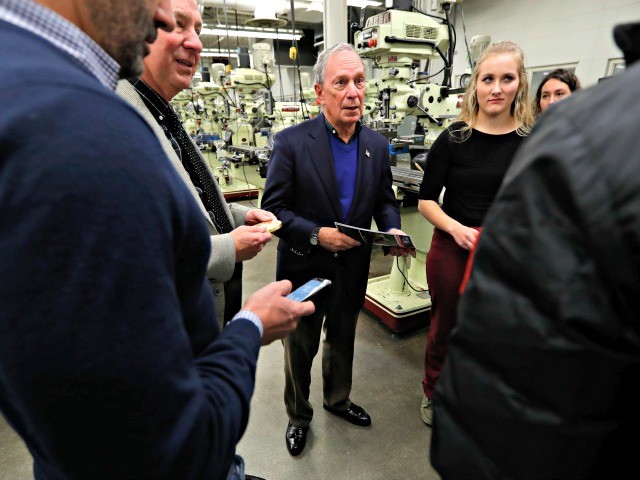 Bloomberg backtracked on his previous statements regarding his opposition to corn-based ethanol, one of Iowa’s major economic drivers.

Bloomberg, who once considered sugar-based ethanol to be safer for the environment, says one can make the argument that “ethanol is neutral.”

“You can make the argument that ethanol is neutral because when the corn is growing it takes CO2 out of the air and then when it’s used, it puts some back,” Bloomberg told reporters during his visit on Tuesday. “There is the argument that it’s basically a neutral thing rather than just gasoline where you just take it out and you burn it.”

Bloomberg also addressed his previous criticism of ethanol during his visit to Iowa.

“I think that ethanol and biofuels are part of the mix, there’s a place for it. I think, eventually, you’d like to get to a world where we don’t burn anything. That’s the way you really clean the air the most. But we’re a long way from that, and I think ethanol … is part of the mix and it’s going to be part of the mix for a long time.”

Bloomberg, who once considered subsidizing the production of ethanol as the “moral bankruptcy” of government, heavily criticized Iowa’s production of corn ethanol in the past. Bloomberg said in a 2007 interview with MSNBC:

Subsidizing corn may be good agricultural policy, I’m not an expert on that, but it is bad energy policy. We are subsidizing ethanol, corn-based ethanol 50 cents a gallon and we are penalizing, tariffing sugar-based ethanol, which is a lot better for the environment, 50 cents and it just doesn’t make any sense. Unless what you’re trying to do is to help the people in Iowa and I don’t, that may very well be a good idea but you can’t do it as part of the environmental part of policy, you should be doing it as part of our agricultural policy.

Bloomberg had previously blamed corn ethanol for people starving in other areas of the world.

“People literally will starve to death in parts of the world, it always happens when food prices go up,” Bloomberg told reporters in 2008 after a U.N. General Assembly debate on climate change.

“You work hard,” Bloomberg told Radio Iowa. “If it works, it works and if it doesn’t, it doesn’t, but my main objective would be to try to focus everybody on the main issues facing this country.”