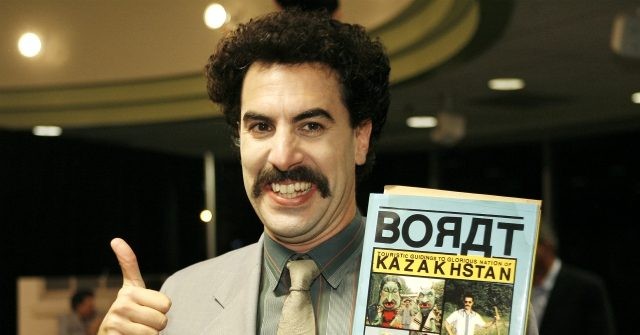 The estate of Holocaust survivor Judith Dim-Evans has filed a lawsuit against the producers of Borat: The Sequel over claims that she was interviewed under false pretenses and appears in the film without her permission, The Wrap reports.

Evans, who passed away between filming and the film’s release, is described in the lawsuit filed against Amazon and Oak Springs Productions as a celebrated university professor, speaker, and expert on Jewish culture. As a first course of action, the suit aims at imposing a temporary restraining order to prevent the film’s release on Amazon Prime later this month.

According to the lawsuit, Evans was not properly informed about the “true nature” of the film and was “horrified” about what the suits calls its anti-Semitic nature. The suits also claims that producers attempted to pay off Evans and her friend for their participation, although both declined the offer.

“Upon learning after giving the interview that the movie was actually a comedy intended to mock the Holocaust and Jewish culture, Ms. Evans was horrified and upset,” the lawsuit says. “Had Ms. Evans been informed about the true nature of the film and purpose for the interview, she would not have agreed to participate in the interview.”

The Wrap reports that during filming, Baron-Cohen “revealed his true identity to Evans and informed her of the nature of the joke, which was not to mock the Jewish culture or her status as a Holocaust survivor but to do the opposite.”

They also cite an “individual with knowledge with the film” as saying that the moment Baron Cohen revealed himself was filmed on camera and is part of the Borat: Subsequent Moviefilm dedicated to Evans’s memory. However, her estate’s attorney Adam L. Hoipkemier told the entertainment outlet that they had refused to hand over any of this footage.

“We have made multiple requests for any footage of Ms. Evans and the producers have refused to provide it,” said Hoipkemier. “We do not have any further comment regarding Mr. Cohen’s characterization of his conversation with Ms. Evans until we are able to review the film.”

Baron Cohen, who is Jewish, is notorious for using anti-semitism as part of his Borat character routine, Borat being a Kazakhstani journalist with an extremely regressive worldview.

During his first film, Borat: Cultural Learnings of America for Make Benefit Glorious Nation of Kazakhstan, his character stays in a bed and breakfast run by the Behar’s, a Jewish couple of whom he is both suspicious and disgusted. Unlike Evans’s estate, the couple enjoyed the film, describing Baron Cohen as “very lovely and very polite” and a “genius.”