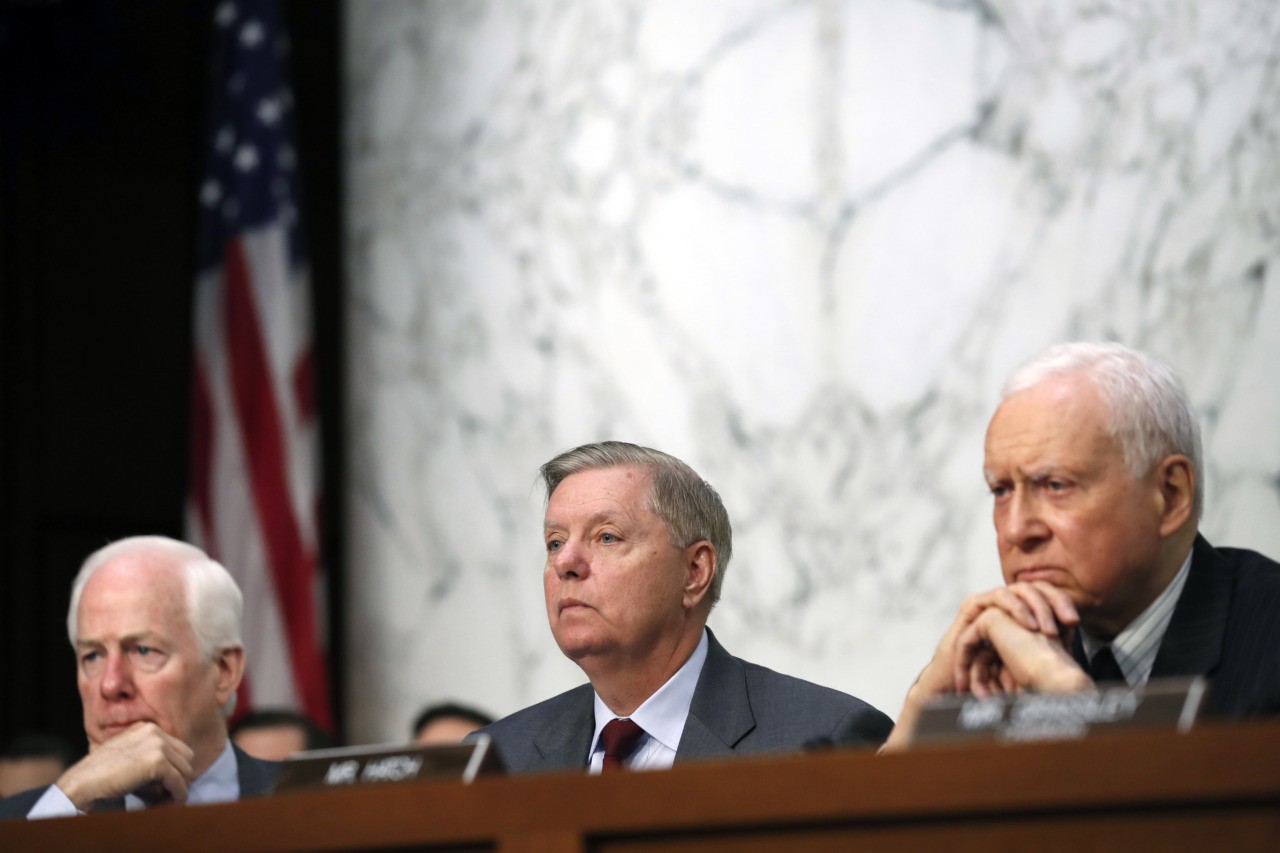 WASHINGTON,DC – Even before Friday’s explosive developments, Sens. Orrin Hatch (R-UT) and Jon Cornyn (R-TX), top Senate Republicans long part of the establishment, unloaded on their Democratic colleagues during Thursday’s Senate Judiciary Committee hearing, calling it a “circus” and a “disgrace” – the worst since the McCarthy hearings of the 1950s.

Sen. Lindsey Graham (R-SC) received a great deal of coverage for his outrage over the conduct of this final chapter of the Kavanaugh hearings, which could serve him well in his bid to succeed Sen. Chuck Grassley (R-IA) as chairman of the committee. But Hatch and Cornyn are already in leadership and appear no less outraged than the senior senator from South Carolina about the attacks Democrats were pressing, alleging sexual misconduct.

“Each of you deserves to be treated fairly and respectfully,” began Hatch, who as the president pro tempore of the Senate is third in the line of succession to the U.S. president, after the vice president and Speaker of the House, speaking of both Kavanaugh and his accuser.

“He’s been a great federal judge on the second highest court in the nation,” he began on Kavanaugh. Hatch continued that the Supreme Court nominee has:

… earned a reputation for fairness and decency. His clerks love him. His students – he teaches in law school as well – his students love him. His colleagues love him. This man is not a monster, nor is he what has been represented here in these hearings.

“But the circus atmosphere that has been created since my Democratic colleagues first leaked Dr. Ford’s allegations to the media two weeks ago, after sitting on them for six weeks, has brought us the worst in our politics,” said Hatch.

“This is worse than Clarence Thomas,” he went on. Hatch was elected to the Senate in 1976, and participated in the committee hearings for both Bork, who was defeated in 1987, and Thomas, who was narrowly confirmed 52-48 in 1991.

Kavanaugh is “a man who, until two weeks ago, was a pillar of the legal community,” the senator added. “There’s been no whisper of misconduct by him in the time he’s been a judge. What we have are uncorroborated, unsubstantiated claims from his teenage years, claims that every alleged eye-witness has either denied or failed to corroborate.”

Cornyn likewise denounced what was happening in the hearings.

“Judge, I can’t think of a more embarrassing scandal for the United States Senate since the McCarthy hearings,” Cornyn began, referring to the “Red Scare” of the 1950s. “The question was asked, ‘Have you no sense of decency?” And I’m afraid we’ve lost that, at least for the time being.”

Cornyn further noted that to conclude that Kavanaugh was guilty, after his detailed denials under oath, senators “would have to conclude that you are a serial liar and you have exposed yourself to legal jeopardy in the way in your interaction with this committee and the investigators.”

“I’m never going to get my reputation back,” Kavanaugh lamented in response. “My life is totally and permanently altered.”