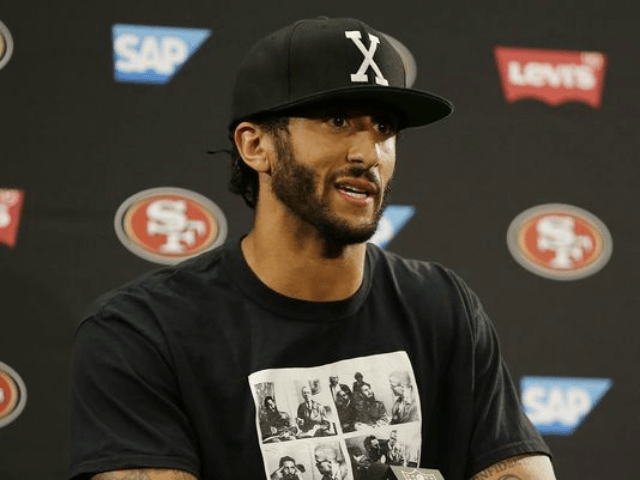 With so many Americans streaming in to voting booths today to cast their vote on the future direction of the country, there’s one prominent American political/sports figure who — if he still believes what he said two years ago — definitely will not.

That particular figure is Colin Kaepernick.

On Tuesday morning, ESPN Business Reporter Darren Rovell tweeted a 2016 quote from Kaepernick. In which the man who launched the largest and most significant protest movement in American sports history, said it would be “hypocritical” of him to vote for a “system of oppression:”

Colin Kaepernick, in 2016, on why he didn’t vote in the Presidential Election. pic.twitter.com/HXaUc3Nh3K

Of course, truly oppressive systems don’t allow their people to vote. Nor do they allow people to protest. Two crucial factors that — one would think — might disabuse Kaepernick of the notion that he’s living in an oppressive state.

But also, if Kaepernick doesn’t plan to vote, because he thinks such a thing would be hypocritical, then how exactly does he plan to overthrow the “oppressors?” Voting is civilized man’s peaceable response to the torch and the pitchfork, or the bomb and gun. If the former 49er refuses to partake in the process of peaceful change, then what method of change is he in favor of?

And why would anyone take Colin Kaepernick seriously — as a political figure — when he refuses to participate in the only peaceful means we have of influencing the political process?