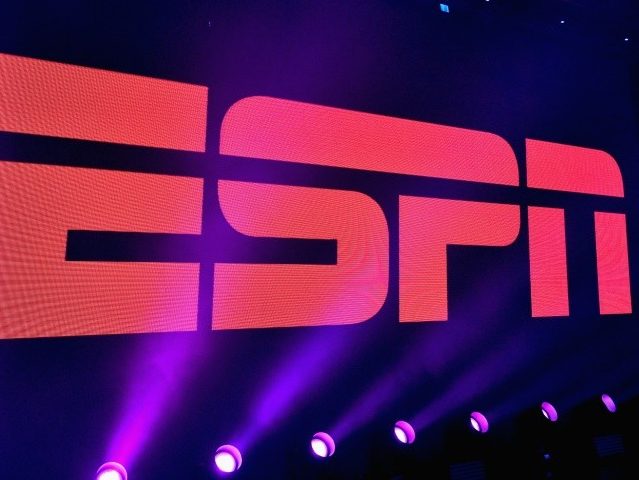 According to Disney’s recently released annual report, sports network ESPN has lost 2 million domestic subscribers over the course of 2018.

The network’s declining subscriber counts, based on estimates by Nielsen Media Research, indicate that the growing popularity of online streaming services and internet live streaming products such as YouTube Live and Hulu have resulted in a decline in traditional television network subscriptions. Disney is attempting to alleviate this issue with the launch of their own online streaming service, Disney Plus, expected to be launched in 2019.

Disney launched ESPN Plus, an online sports streaming service, in early 2018 and claims that the service has received approximately one million subscribers so far. However, it appears that their traditional television network subscriber numbers are continuing to decline.

ESPN has come under fire this year for the inclusion of political elements within their coverage and has been accused of a left-leaning bias. Breitbart News reporter Warner Todd Huston reported in Februray 2017 that the network was losing subscribers at a rapid pace as a result of the network’s political move, according to the latest fiscal report, Huston was correct.

Huston stated in his article:

Fox Sports Radio host Clay Travis recently slammed ESPN as the “social justice warrior network” saying, “ESPN decided to become a social justice warrior network, treating all liberal opinion makers as those worthy of promotion and casting aside all those who had the gall to challenge the new Disney world order … I’m not saying that ESPN should just stick to sports, but I am saying that if you decide to allow political opinions to flourish from your network’s stars that you shouldn’t neuter all conservative opinion and allow liberal political opinion to advance unchecked. … Those with liberal opinions are rewarded and allowed to speak freely, those with conservative opinions are told to keep their mouths shut.”

Indeed, even ESPN itself seemed to walk up right to the edge of admitting it has gone too far to the political left with a piece by the network’s ombudsman exploring the problem. A long piece back in November by ESPN ombudsman Jim Brady presents evidence that complaints have resonated, even inside its executive boardroom, that they have become far too liberal.

Unfortunately, even as Brady comes close to admitting that conservatives are quashed and liberals given free reign, he doesn’t quite admit to what millions of fans see with their own eyes.

The experience of former Red Sox pitcher Curt Schilling, though, belies Brady’s claim that ESPN is balanced and allows on-air talent to come to the support of conservative political ideals. Schilling was repeatedly punished by ESPN and eventually fired or his conservative statements.

Disney CEO Bob Iger commented on the issue at the time, stating:

We believe that the best approach to doing well in a world that is disruptive, in a world that has far more digital distribution, is to have great content and tell great stories. And that includes ESPN, by the way. … But I can tell you that it is our full intent to go out there aggressively with digital offerings direct to the consumer for ESPN and other Disney-branded properties.

Whether Iger continues to remain quite as optimistic about the network’s direction following the latest fiscal report remains to be seen. In a September interview with The Hollywood Reporter, Disney’s CEO admitted ESPN had become too political and was working with the network’s president Jimmy Pitaro to remedy the growing issue. “There’s been a big debate about whether ESPN should be focused more on what happens on the field of sport than what happens in terms of where sports is societally or politically,” Iger said. “And Jimmy felt that the pendulum may have swung a little bit too far away from the field. And I happen to believe he was right.”