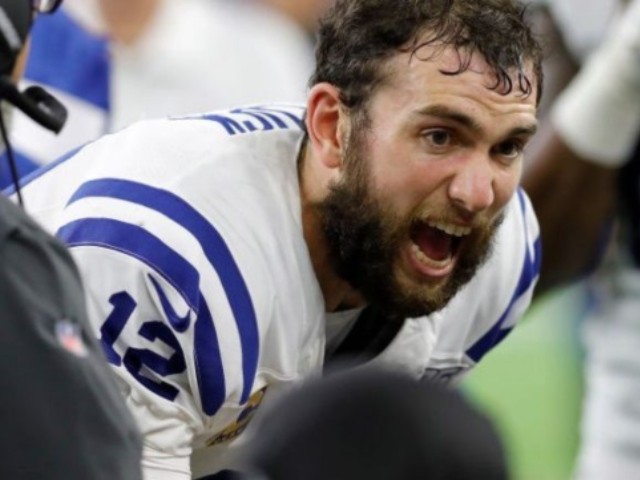 ESPN quickly issued an apology for using the song Dixie, as part of a humorous graphic televised for Indianapolis Colts quarterback Andrew Luck.

The cable sports network was attempting to play off the popular Twitter account @CaptAndrewLuck, a Civil War parody featuring the Colts quarterback.

ESPN made up a tongue-in-cheek graphic of Luck in a Union Civil War uniform and surrounded by several players in both blue and gray colored tunics. But when the graphic was broadcast on Saturday, the image was accompanied by the tune, Dixie, a song intimately tied to the south and the Confederacy.

Did….. ESPN just play Dixie during an NFL Playoff game?

Soooo we going to act like this didn’t happen @espn can u please explain? I’m an afro American and no I don’t wish I was in dixie.. pic.twitter.com/3iTFXj4CoN

Some also pointed out that including players in Confederate gray didn’t make much sense since Indiana was a union state, not a Confederate one, during the Civil War.

As the condemnation for the graphic grew, ESPN spokesman Josh Krulewitz soon told Sporting News: “It was a mistake to use this song. We regret having done so, and we apologize.”

ESPN blamed the kerfuffle on a production staffer for adding the song at the last minute.

Dixie was not part of the graphic when the piece was initially produced and approved, a source told SN. Instead, the song was dropped into the piece at the last moment by a staffer in the production truck. A source said ESPN addressed the issue with the staffer, but would not elaborate on the outcome.

With Andrew Luck in the lead, the Colt’s beat the Houston Texans by a final of 21-7, and will advance to the next round of the playoffs.