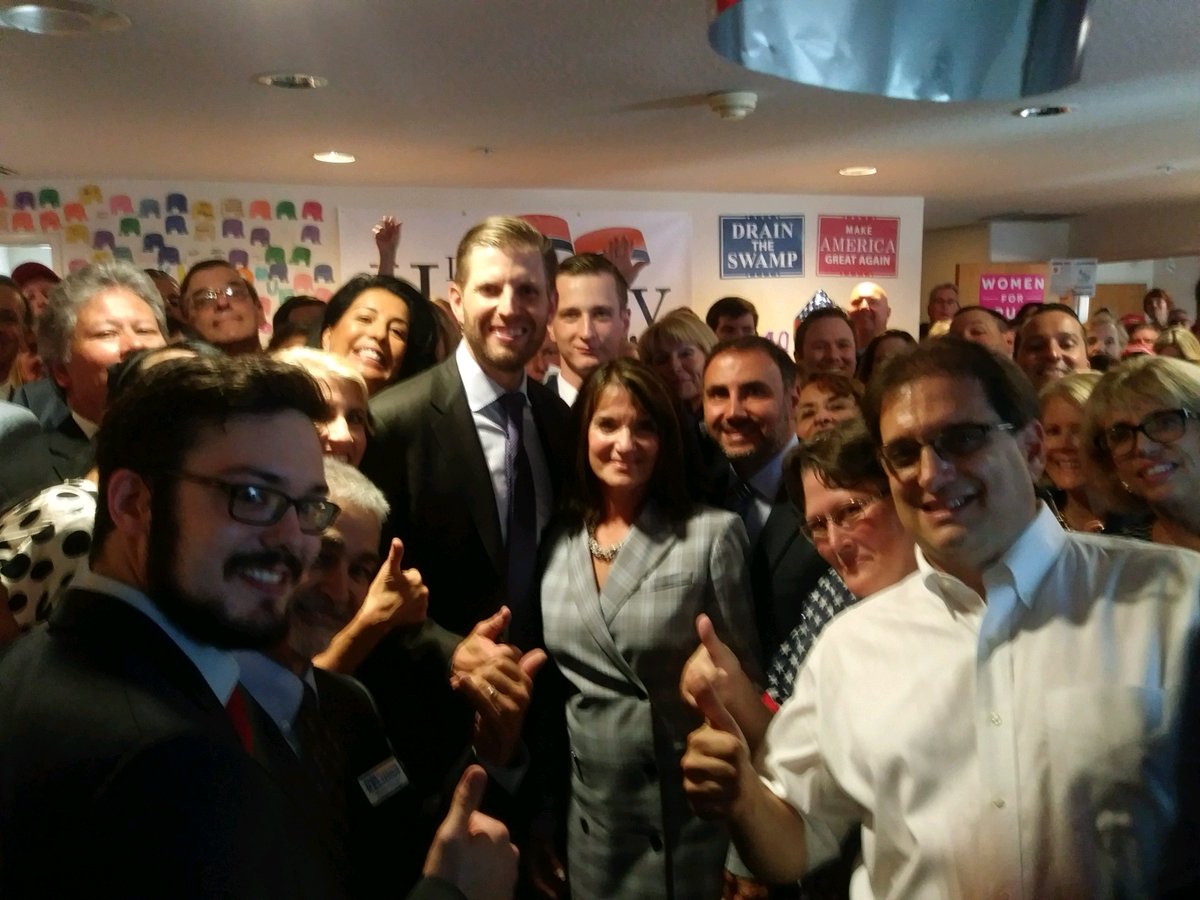 First son Eric Trump and members of the Trump 2020 team campaigned Saturday for Republican Diane Harkey in California’s 49th congressional district, which  Republicans are determined to defend to keep Democrats from re-taking the U.S. House and keep Rep. Nancy Pelosi (D-CA) from returning as speaker.

“It really was a packed house with @EricTrump yesterday!” Harkey exclaimed alongside a Twitter photo of her packed Vista, California, campaign office. “Lots of energy in the room to help us win in November!”

It really was a packed house with @EricTrump yesterday! Lots of energy in the room to help us win in November! pic.twitter.com/IDOHkBnwnZ

President Obama stumped in early September for Democrat Mike Levin, Harkey’s opponent, along with six other California Democrat congressional candidates running in districts won by Hillary Clinton in 2016. Democrats have identified these seven California seats as critical to their efforts to win a majority in the House.

Retiring Rep. Darrell Issa (R-CA) currently holds the seat for which Harkey and Levin are competing. Issa held on to the seat by a razor thin margin of less than one percent in 2016. Obama campaigned for Issa’s opponent that year as well.

Eric Trump posted an image of himself stumping for Harkey alongside wife Lara Trump, “Great to be in #Carlsbad #California stumping for @Diane_Harkey for Congress #CA49! Working hard to #MAGA.”

Great to be in #Carlsbad #California stumping for @Diane_Harkey for Congress #CA49! Working hard to #MAGA 🇺🇸🇺🇸🇺🇸 pic.twitter.com/jXAhEeVuci

Supporters packed the Harkey campaign office for the visit from from top Trump campaign officials. People at the event described overwhelming energy and excitement.

Breitbart News visited the office two weeks ago, where volunteers were making calls for Harkey, and Harkey herself got on the phones to talk with voters.

Interviewed CA-49 congressional candidate @DianeHarkey today on immigration, border security, healthcare, taxes, Californians fleeing the state, what she would do in Congress and fmr President Obama’s upcoming visit to CA to try and boost her opponent in race to replace Issa pic.twitter.com/3RUeKoY49b

Pelosi also stumped for Levin in early September. Levin called Pelosi one of his political heroes.

Pelosi’s PAC has thrown $14,000 behind Levin, and his top donors include many from the San Francisco Bay Area, Pelosi’s home turf.

Many other Democrats have moved away from supporting Pelosi as her approval rating has sunk to a nine-year low.