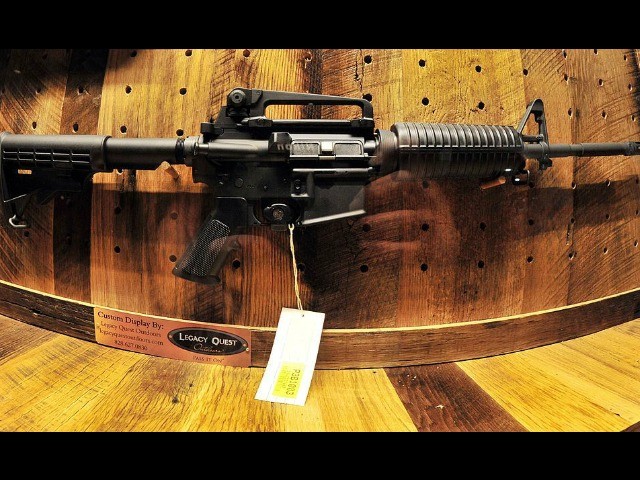 During a June 4, 2019, appearance on The View Democrat presidential hopeful Eric Swalwell reiterated his pledge to take AR-15s and similar rifles away from law-abiding citizens.

ABC News quoted Swalwell saying, “Ban and buy back every single assault weapon in America. I’m the only candidate calling for that.”

Swalwell has been making this push for over a year, and it has morphed into the central component of his current campaign. His ban has gone through many revisions along the way, but one thing has stayed constant–commonly-owned semiautomatic rifles will be banned and taken from law-abiding citizens. Those who do not comply will face punishment that falls somewhere between jail time and being nuked.

On November 16, 2018, Breitbart News reported that Swalwell suggested “the government has nukes” for those who refuse to comply with the ban. During an April 14, 2019, CNN appearance he ratcheted the rhetoric back to by indicating the non-compliant would simply receive jail time. He did this after Jake Tapper noted that Swalwell’s “assault weapons” ban includes “criminal prosecution” of those who do not comply. Tapper asked if criminal prosecution means Americans who held on to their guns would go to jail. Swalwell responded, “They would.”

Swalwell then offered a third alternative by saying gun owners could also take their firearms to a gun range or hunting club and leave them there.

In short, Swalwell is running on a pledge to take AR-15s and similar semiautomatic rifles away from law-abiding citizens.