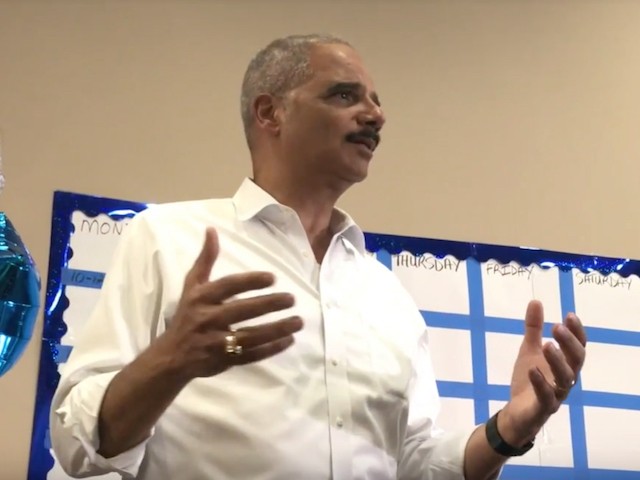 While speaking at an event for Democratic candidates in Georgia, former Obama administration Attorney General Eric Holder suggested to the crowd to “kick” Republicans.