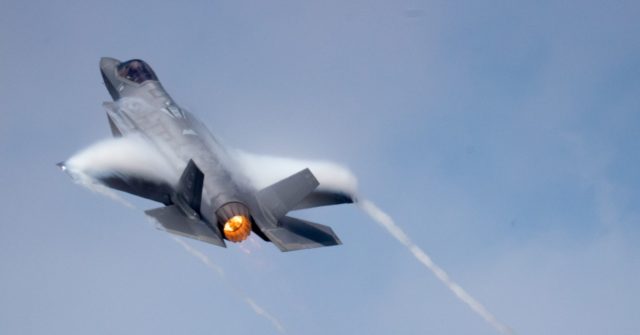 “If you have a customer and that customer is making payments like clockwork, how can you not give that customer their goods? The name of that would be robbery,” the national Hurriyet newspaper quoted Erdogan as saying, as Turkey faces potential U.S. sanctions over its purchase of the Russian S-400 missile system.

The S-400 is the latest generation surface-to-air defense system developed by Russia as a rival for America’s own Patriot weaponry, and is considered by NATO countries to pose a threat to their combined air operations.

Erdogan said Turkey had already paid $1.4bn for the F-35s and that four jets had been handed over, with Turkish pilots currently in the U.S. for training, so the deal must proceed.

“We have made an agreement to buy 116 F-35s. We are not just a market, we are also joint producers. We produce some of the parts in Turkey,” he added.

Erdogan’s public plea for the F-35 deal to go ahead comes after U.S. government officials told Reuters that, at least so far, the administration intends to pull the F-35 fighter jet program if Turkey takes delivery of the Russian S-400 system, as expected.

“The United States has consistently and clearly stated that Turkey will face very real and negative consequences if it proceeds with its S-400 acquisition, including suspension of procurement and industrial participation in the F-35 program and exposure to sanctions under the Countering America’s Adversaries through Sanctions Act (CAATSA),” a State Department spokeswoman said.