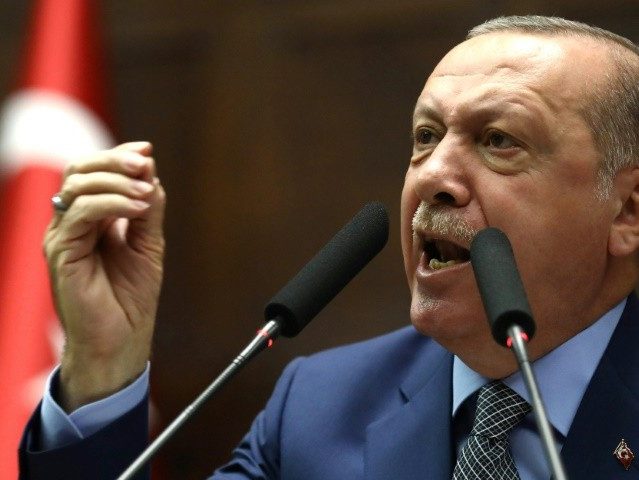 Bolton told reporters in Israel on Sunday, before departing to Turkey, that President Donald Trump would not withdraw U.S. troops from Syria without firm security guarantees for the Syrian Kurdish People’s Protection Units (YPG/YPJ), a militia operating in northern Syria that played a central role in eradicating the Islamic State from its “capital,” the city of Raqqa.

“We don’t think the Turks ought to undertake military action that’s not fully coordinated with and agreed to by the United States, at a minimum, so they don’t endanger our troops but also so that they meet the president’s requirement that the Syrian opposition forces that have fought with us are not endangered,” Bolton told reporters this weekend, adding that the withdrawal of U.S. troops would occur in a responsible manner and in due time, not suddenly.

The Turkish government considers the YPG indistinguishable from the Kurdistan Workers’ Party (PKK), a U.S.-designated Marxist terrorist organization, and has threatened to invade Kurdish Syria and eliminate the group. Without the YPG occupying Syrian Kurdistan (Rojava), Syria risks a resurgence of the Islamic State or the near-total victory of dictator Bashar al-Assad in the Syrian Civil War. As Erdogan has stated that Turkey’s only objective in Syria is to “end the rule of the tyrant Assad,” a Syrian troop presence in Rojava could trigger a war between Syria and Turkey.

Turkish newspaper Sabah, which is typically friendly to Erdogan’s government, reported that the president told reporters that he did not meet with Bolton due to a scheduling conflict. “The president said his busy schedule prevented him from meeting Trump’s adviser on Tuesday, but if it had been necessary, they would have met,” according to Sabah.

Turkey’s state-run Anadolu Agency noted that most of Erdogan’s publish remarks on Tuesday were dedicated to attacking Bolton, even as he claimed that he only failed to meet the senior Trump official because of time limitations.

“It is impossible to accept the message given by Mr. Bolton in Israel,” Erdogan reportedly said at a meeting of his Islamist Justice and Development Party (AKP), claiming that Ankara was confused as to America’s position on its Syrian presence because “different levels of the U.S. administration started saying different things after that.”

Erdogan also made the claim that his government took no issue with the Kurdish people in general, despite the arrests of most of the nation’s high-profile Kurdish leaders and a widespread crackdown in the nation’s Kurdish southeast. “Those who cast aspersions on Turkey by claiming that it will massacre the Kurds in Syria are actually well aware of the facts behind the issue. They aim to influence the international community and the decisions of those who are not quite familiar with the situation in Syria,” Erdogan alleged, without naming any of “those who cast aspersions.”

Kurds living in Afrin, a city in Rojava that Turkey took over after an agreement with the U.S. to force the YPG out, suggest otherwise.

“Afrin is the living example of the protection that Turkey can offer Kurds: the Kurdish language and identity are completely forbidden now,” a Kurdish resident identified only as Azad told Kurdistan 24. “My parents and other Kurds in Afrin were forced to give 40 percent of their olive harvest to the jihadi groups that operate freely in Afrin,” he added, likely referring to the Turkish-allied Free Syrian Army (FSA), a coalition of Sunni Arab fighters, some of which have ties to jihadist groups.

He went on to claim that the YPG is not a legitimate Kurdish group and that, “for Turkey, there is no difference between PKK, YPG, PYD [the political wing of the YPG] or Daesh [the Islamic State].” Turkey does not recognize that the YPG-led Syrian Defense Forces (SDF) liberated Raqqa from ISIS.

Erdogan also promised yet another Turkish invasion of Syria.

“Very soon we will act to neutralize terrorist groups in Syria. And we will take out other terror groups that might try to prevent us from doing this,” he concluded.

After Erdogan refused to meet, Bolton instead met with Erdogan’s spokesman Ibrahim Kalın, which Erdogan reportedly described as “Bolton’s Turkish counterpart,” despite Kalın not holding a national security position in the government.

Bolton’s spokesman Garrett Marquis told reporters on Tuesday that his talks with Kalın were “productive” and that “the U.S. looks forward to ongoing military-to-military consultations today on our cooperation in Syria.”