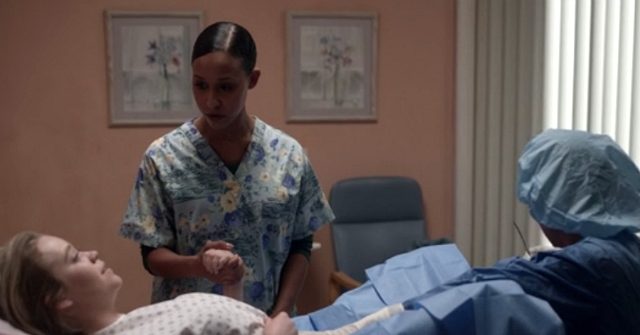 Tierce, a former abortion industry employee who has written for Orange Is the New Black and the upcoming Netflix series Social Distance, joined with Baer, who served as executive producer of ER, and Law & Order: Special Victims Unit, to write about their concern that, with the recent death of Justice Ruth Bader Ginsburg, drug-induced, at-home abortions without a doctor’s visit could be in danger in an anticipated Supreme Court ruling.

The two entertainment industry execs argued at Variety this week that mifepristone and misoprostol, the drugs taken by a girl or woman to perform her at-home abortion, “safely and legally end an early pregnancy”:

How has the false narrative that mifepristone poses an [sic] hazard to public health made it all the way to the Supreme Court? One reason may be that reality-based abortion stories aren’t told often enough in popular culture. In spite of the fact that abortion is safe and common, people still don’t talk to one another about their experiences with abortion, because it’s stigmatized. Telling stories about abortion can reduce fear and dispel inaccurate ideas about many aspects of the experience.

The authors asserted television has proven to be an effective way to get average Americans exposed to “LGBTQ relationships,” “single parenthood,” “drug and alcohol addiction,” and other “stigmatized experiences.”

“Diverse stories are the gateway to promoting empathy, which can change attitudes and dissolve stigma,” they wrote. “When you watch a character on television who’s a good mom being loving toward her children, and then see her considering abortion, you immediately understand that these experiences can co-exist in one life.”

Tierce and Baer are repeating the common narratives of the abortion industry – which profits from the procedure.

Recently, one Planned Parenthood official in New York State touted  the organization’s new tele-abortion service, which sends mifepristone and misoprostol to women without a doctor’s in-office visit, is so much in demand that one mother began her drug-induced abortion “at home with her children running around behind her.”

Dr. Meera Shah, chief medical officer of Planned Parenthood Hudson Peconic, boasted to the Associated Press, “We provided a medication abortion to an EMT while she was sitting in her ambulance. We provided abortion care to a mother who was at home with her children running around behind her.”

Former abortionist Dr. Anthony Levatino explained in his videos about various abortion procedures that mifepristone blocks the action of progesterone, which the mother’s body produces to nourish the pregnancy. When progesterone is blocked, the lining of the mother’s uterus deteriorates, and blood and nourishment are cut off to the developing baby, who then dies inside the mother’s womb.

The drug misoprostol then causes contractions and bleeding to expel the baby from the mother’s uterus.

With Planned Parenthood’s new tele-abortion service, one its CEO called “the silver lining” of the coronavirus pandemic, the contractions and bleeding, not to mention other symptoms, are all happening at home.

Mifepristone is a medication “that definitely has dangers associated with it,” Dr. Christina Francis, an Indiana-based OB/GYN and chairman of the board of the American Association of Pro-Life Obstetricians and Gynecologists (AAPLOG) said recently.

Francis said some immediate complications of mifepristone could be hemorrhage and infection.

Additionally, she said there is “the possibility of failure, where the pregnancy doesn’t fully pass from the medication and then leading to sometimes the requirement for emergent surgery for that woman because of either ongoing bleeding or the risk of infection.”

Tierce and Baer, however, want Americans to believe abortion is a normal, everyday procedure with little consequence. They bemoaned the “drama” that often accompanies many television stories about the procedure.

“Characters agonize over the decision or deal with rare high-stakes situations like a fetal anomaly or a pregnancy that results from rape,” they described. “People also consider adoption, when facing an unplanned pregnancy, far more frequently on television than they do in real life.”

They continued their argument for the normalization of abortion:

In real life, most women who have an abortion already have one or more children (59%). Yet on screen, only 15% of those seeking an abortion have children. Another myth perpetuates the idea that abortion is dangerous, even fatal: in real life the risk of death from abortion is statistically near zero. But on screen, 9% of women die as a direct result of an abortion. This disparity points to a significant paradox when it comes to abortion stories: what makes good TV is dramatic, but the overall reality of abortion isn’t.

Tierce and Baer added the real “drama” of abortion is dealing with all the “obstacles,” like state laws, such as those that require ultrasounds or waiting periods; paying for the abortion; and dealing with the pro-life movement.

For the two Hollywood executives, abortion has nothing to do with ending a life. They have a different vision of abortion:

Abortion is about a character’s hopes and dreams, about what they want for their children. It’s about partnership, family, health, autonomy, and community.

The Hollywood writers seem to believe if their industry would just produce more stories about how mediocre abortion is, it would no longer be a political issue, and their vision would become reality.

“In that world, no politician will ever get away with pushing the false idea that medication abortion is unsafe, because everyone will know it’s just not true,” they wrote.