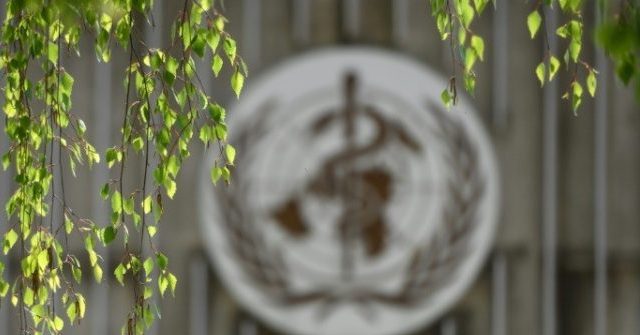 The government of Equatorial Guinea joined Burundi in announcing the expulsion of the World Health Organization’s (W.H.O.) representatives there, citing a document that alleges they falsified the number of cases of the Chinese coronavirus.

The Equatorial Guinea Foreign Ministry document, obtained by Agence France Presse (AFP), accused W.H.O. Representative Triphonie Nkurunziza of “falsifying” the country’s coronavirus figures after she claimed the country had been “severely affected” by the pandemic.

“The government has asked her to go, we have received a document – she is accused of falsifying COVID-19 figures,” a source at the W.H.O. office told AFP.

According to Dr. Nkurunziza, the Central African nation has recorded more than 1,000 coronavirus cases and 12 deaths nationwide, a relatively high figure given the population of just 1.4 million.

“By population we estimate it to be one of the severely affected countries in terms of the number of cases,” the W.H.O.’s regional director for Africa Matshidiso Moeti told reporters this week.

“The government has asked the W.H.O. to replace its representative Triphonie Nkurunziza in Equatorial Guinea,” she added. “We are currently working on doing that. I’d like to emphasize very much that we are committed to working with the government, particularly working to support the people.”

Despite being declared persona non-grata, Nkurunziza currently remains in the capital of Malabo because there are no outbound flights.

Led by President Teodoro Obiang since a 1979 military coup, Equatorial Guinea is one of Africa’s most authoritarian states with one of the region’s worst human rights records. In April 2016, Obiang declared himself the winner of the country’s presidential election with a staggering 93.7 percent in an election that the U.S. denounced as “neither free nor fair.”

According to the State Department’s report on the country, major human rights violations include “torture; arbitrary detention by government agents; harsh and life-threatening prison conditions; political prisoners; arbitrary or unlawful interference with privacy; significant problems with independence of the judiciary; the worst forms of restrictions on free expression, press, and the internet, including violence, threats of violence, or unjustified arrests or prosecutions of journalists, censorship, site blocking, and the existence of criminal libel laws.”

Equatorial Guinea follows fellow African nation Burundi in expelling W.H.O. representative Walter Kazadi Mulombo and several of his officials. Their removal was also dubious political circumstances after they raised concerns about holding mass political rallies in the run-up to last month’s presidential election. They were ordered to leave the country on Friday.