The Equality Institute has deleted a Facebook post advising the public to say “pregnant people” instead of “pregnant women” after attracting thousands of overwhelmingly negative comments.

The self-styled global research and creative agency, whose stated purpose is to “advance gender equality and prevent violence against women and girls”, had advised its over 10,000 followers to “try using the phrase ‘Pregnant people’ because people of all genders can fall pregnant”.

“Consider all people when using language — including trans and non-binary folk — and ensure that your language is inclusive of everyone, when talking about pregnancy or anything else. Language matters.”

The Equality Institute’s advice was not well-received, with thousands of now erased posts accusing the group of undermining what it means to be a mother, among other things. 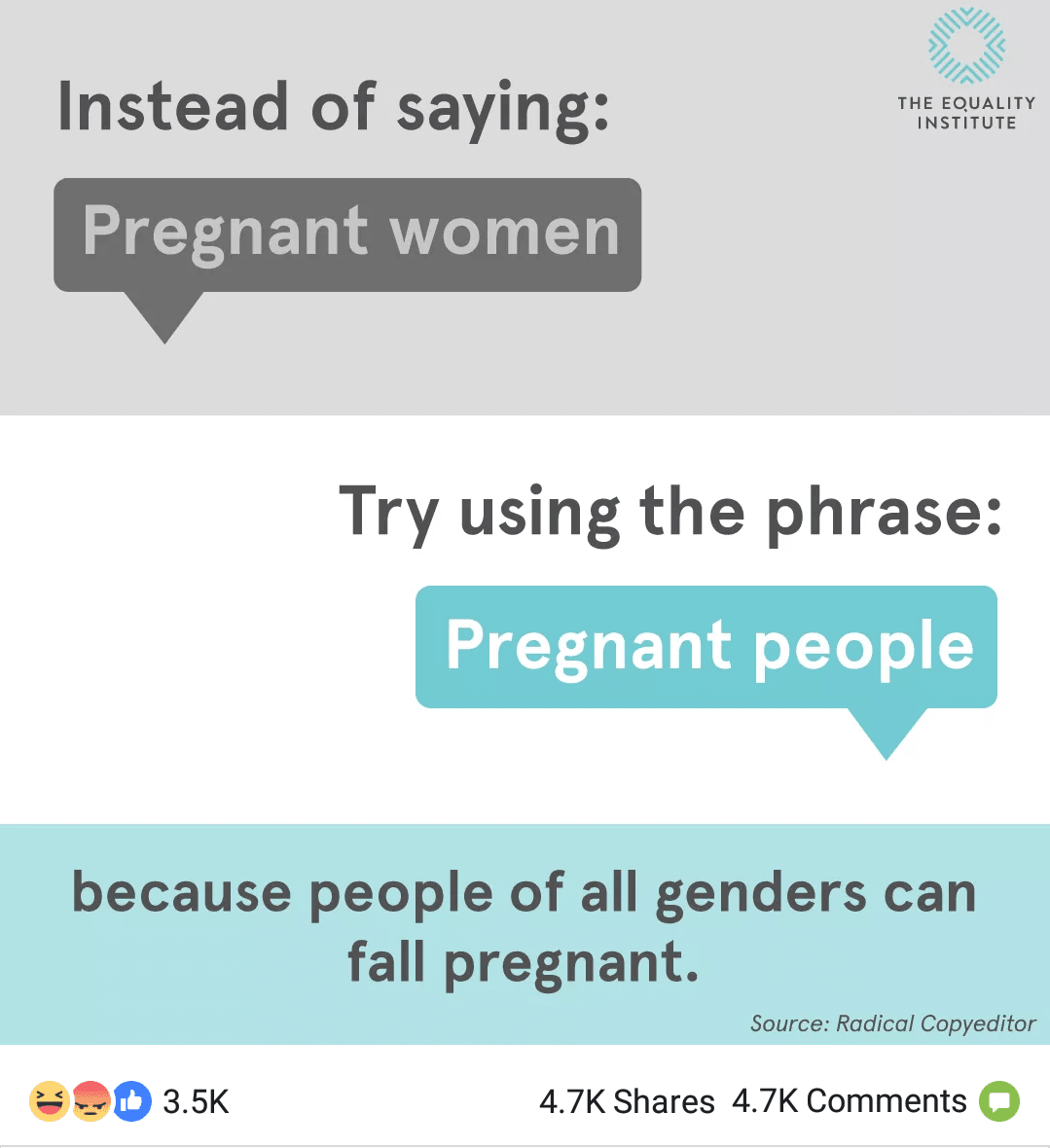 The Melbourne-based organisation’s position on gender cannot be dismissed as a fringe idea from the wilder shores of social justice activism, however, as the British government has advanced similar proposals to amend the use of language around pregnancy at the global level.

Breitbart London reported an official submission by the Tory-led Foreign and Commonwealth Office (FCO) to the United Nations in October 2017, asking the intergovernmental organisation to amend the wording of an injunction in the International Covenant on Civil and Political Rights that the death penalty “shall not… be carried out on pregnant women” to say “pregnant people” — as the original wording could “exclude transgender people who have given birth”.

Breitbart London has also reported on official British Medical Association (BMA) guidelines which have advised medical professionals to refer to “pregnant people” rather than “expectant mothers”, as “there are some intersex men and trans men who may get pregnant”.

Similar issues have arisen on the other side of the Atlantic, with the Midwives Alliance of North America (MANA) in the United States having purged references to “women” and “mothers” from its core competencies booklet in favour of “pregnant people” and “birthing individuals” in 2014.