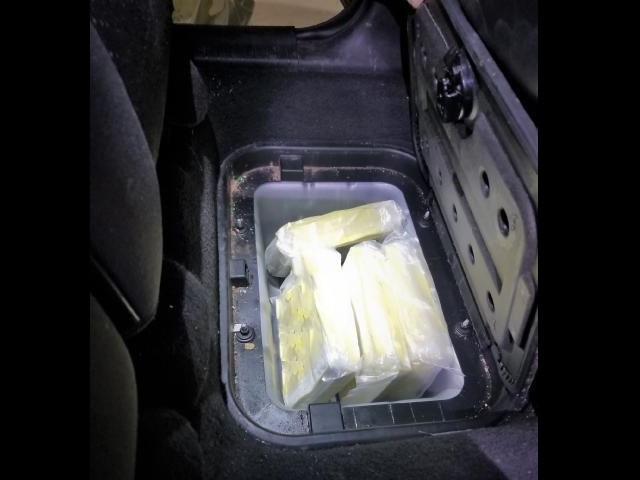 U.S. Customs and Border Protection officers seized 17.4 pounds of fentanyl during a vehicle inspection earlier this week in California. The incident resulted in the arrests of two American citizens for drug smuggling charges.

The case occurred on Tuesday when agents from Yuma Sector assigned to the Blythe Station contacted the male driver of a 2013 Dodge Journey at a designated immigration checkpoint on Highway 78 at approximately 5:30 pm. Agents referred the man, identified as a 29-year-old from Tolleson, Arizona, to a secondary inspection after a K-9 alerted to an odor, according to Border Patrol officials. The K-9 directed inspectors to a rear floor factory compartment where seven packages of suspected fentanyl were discovered. Agents say the weight came out to 17.48 pounds.

The driver had a previous conviction for transporting 22 pounds of cocaine. Both the Arizona man and his 32-year-old female passenger were charged with transportation of a controlled substance.

Fentanyl is a Schedule II drug, according to the U.S. Drug Enforcement Administration. Authorities say a lethal dose for a full-grown adult is 2 milligrams—as opposed to 30mg of heroin. The Tuesday bust could otherwise provide deadly amounts for 3.9 million people.