That is, until now.

These are all @NBA players who are sponsored by Chinese companies that produce their products with slave labor.

Unfortunately many sports media outlets & journalists are controlled by #NBA

Have some courage & ask these athletes about their ignorance.

However, Freedom didn’t just tweet the names. He also issued a challenge to fans to do the job that the “controlled” NBA media won’t do for itself and confront these players about their “ignorance.” 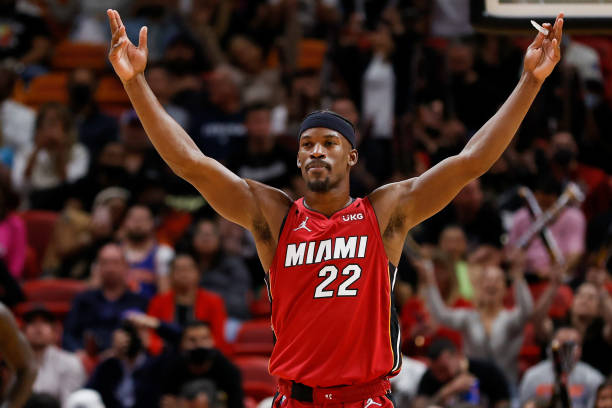 MIAMI, FLORIDA – JANUARY 26: Jimmy Butler #22 of the Miami Heat gestures to the crowd in the second half against the New York Knicks at FTX Arena on January 26, 2022, in Miami, Florida. (Photo by Cliff Hawkins/Getty Images)

But, of course, missing from the list is Lakers forward and chief active Nike pitchman LeBron James. In reality, any NBA player with a Nike contract benefits from Chinese slave labor since Nike was named among 83 international brands tied to Uyghur slave labor in the communist country.

Freedom raised eyebrows and began drawing the ire of the league he plays for late last year when he started wearing specially designed shoes with anti-communist and pro-Uyghur messages on them. 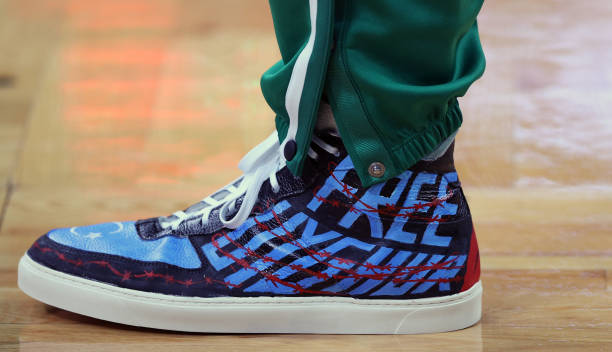 BOSTON, MASSACHUSETTS – OCTOBER 22: The shoes of Enes Kanter #13 of the Boston Celtics before the Celtics home opener against the Toronto Raptors at TD Garden on October 22, 2021, in Boston, Massachusetts. (Photo by Maddie Meyer/Getty Images)

Heartless Dictator of China,
XI JINPING and the Communist Party of China.

I am calling you out in front of the whole world.
Close down the SLAVE labor camps and free the UYGHUR people!

In response, China banned Celtics games in the communist nation, and the NBA threatened Freedom with ejection from games if he didn’t remove his specially designed shoes. In addition, the Celtics severely limited Freedom’s playing time at the beginning of the year.