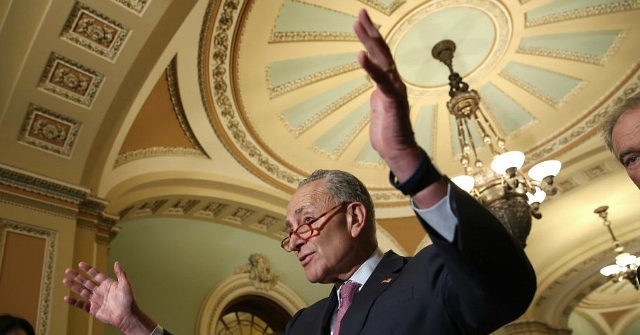 Schumer explained his plan in an op-ed in the New York Times:

Second, the plan would make electric vehicles — and the necessary battery-charging infrastructure — accessible to all Americans, regardless of where they live and work. This would be accomplished by providing grants to states and cities to build charging stations, with a particular emphasis on low-income, rural and other underserved communities.

But Mark P. Mills, a senior fellow at the Manhattan Institute and a faculty fellow at Northwestern University’s McCormick School of Engineering and Applied Science, said the plan is bound for failure for a number of reasons:

The first problem is consumers don’t seem to want electric cars. And that’s no surprise — they’re more expensive. Batteries add about $12,000 to a typical car. That’s meaningful for all but the 1 percent.

Fact is, automobiles comprise the biggest share of household spending on consumables, twice that of health care. (Housing, a non-consumable, is the biggest.) So, yes, people care about price, and lawmakers ignore that at their peril.

Consider, too, that SUVs and pickups now account for 70 percent of all vehicles purchased. And the minority who buy purely for economy choose small cars with gasoline engines. That’s the reality of what Americans want.

“Considering that Americans buy 100 million cars over a six-year period, there’s no way a stroke of a pen will radically change that market,” Mills wrote.

Moreover, if Schumer’s plan is to fight so-called climate change, it falls short on that front too, Mills explained.

If the United States became an all-electric vehicle nation, it would trim about eight percent off the world oil demand, and “it takes energy — the equivalent of 80 to 300 barrels of oil — to fabricate a battery that can hold energy equal to one barrel.”

“Thus, the energy used to make batteries means EVs [electric vehicles] carry a carbon ‘debt’ that greatly diminishes, or can even cancel out, emissions saved from avoiding oil,” Mills wrote.

Mills also pointed out that the International Energy Agency projects that the expected efficiency improvement in the combustible engine will save 300 percent more global energy than all the electric vehicles expected to be on the road by 2040.

Mills argues that a real revolution will come through investments in research that could someday change the energy landscape.

“Meantime, if today’s electric cars were genuinely compelling, consumers wouldn’t have to be ordered to buy them,” Mills said.