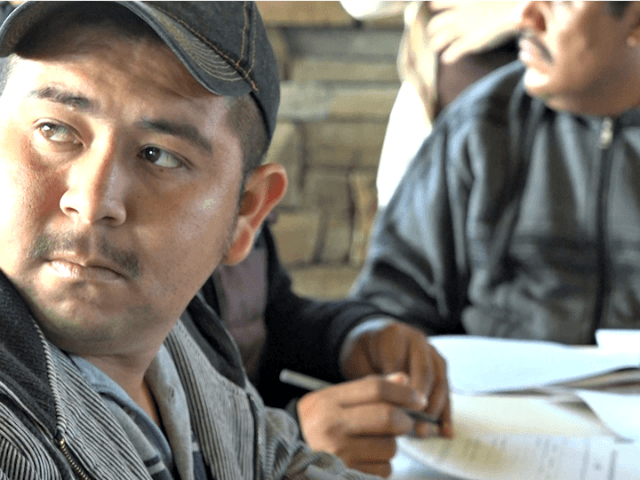 The owner of a catering and wedding business in New York is facing up to 20 years in jail for allegedly treating H-2B visa workers from the Philippines as “forced labor.”

The employer used the H-2 visa workers to cheat Americans out of jobs at marketplace wages. The Department of Justice reported, “[Ralph] Colamussi formerly owned and operated the Thatched Cottage [business]. At the plea proceeding, Colamussi admitted that workers were brought from the Philippines to the United States on H-2B visas that expired shortly after their arrival here.

The case was announced in December 2017 by the Department of Homeland Security, which indirectly noted that the H-2B workers preferred to work in American jobs for very low wages than to be sent home: “Workers were not only brought to the United States by means of fraudulent promises of specific employment, but upon arrival, were forced to work at lower than promised wages with no promised overtime.”

Colamussi was indicted with former manager Roberto Villanueva, who is not pleading guilty:

Foreign workers were forced to care for Colamussi’s relatives, including his father, and to perform construction work at the Jellyfish Restaurant.  Workers were brought here on brief H-2B visas that expired shortly after their arrival in the United States.  Once their H-2B visas expired, workers were allegedly told by Colamussi and Villanueva to apply for student visas and to fraudulently represent that they intended to attend school full-time and had sufficient resources to support themselves during school.  Colamussi and Villanueva, at times, deposited funds in the workers’ bank accounts to give the appearance of resources and then withdrew the funds once the student visas were approved.

The workers continued to work for Colamussi and Villanueva during the term of their student visas, attending school one day a week.  When the workers objected to performing certain jobs or working consecutive shifts, Colamussi and Villanueva threatened to report them to immigration authorities. Colamussi had many workers whose visas had expired living in his basement of his home in East Northport, New York, and working for him off the books.

The Long Island Newsday newspaper reported, “I told one of them if he continued to complain about not being paid, I would cancel his immigration sponsorship and report him to immigration authorities,” Colamussi said. “I told him he would then lose his immigration status and get deported.”

The guilty plea comes as GOP leaders have included a no-strings expansion of the controversial H-2B seasonal worker program in the 2019 budget for the Department of Homeland Security (DHS). The bill also creates new incentives for employers to hire white-collar visa workers instead of Americans and is expected to be voted on in December.

The H-2B expansion plan was inserted in July by GOP Rep. Andy Harris and by Kansas Rep. Kevin Yoder, who chairs the Homeland Defense Budget Committee. The plan triples the annual inflow of H-2B workers to almost 200,000 workers per year but does not offer any reform to protect American employees from displacement or wage cuts.

“As our economy grows, we’re going to need workers to continue to provide a role. … I support the amendment,” said Yoder, who also used the amendment process to promote easier asylum rules for Central Americans and easier migration for Indian and Chinese foreign technology workers.

The existing H-2B cap of 66,000 is too low for business owners, Yoder said, adding, “What we have now creates a lot of uncertainty. It cripples industries. …  You may be totally left out and be unable to find the workers you need to continue your business”:

Cooperating Democrats echoed Yoder’s description of the program as an aid for CEOs, not employees. “It is a business issue. … It is now up to us to give our businesses what they need,” said Maine Democrat Rep. Chellie Pingree.

Industry executives claim they need the H-2B program because they cannot hire employees.

The program includes no procedures to allocate the H-2B visas towards the industries that have the most difficulty offering wages high enough to hire Americans, such as short-season shrimp boats in Texas.

Also, employers say they want more visas to hold down wages for year-round Ameican workers. If companies have to hire seasonal workers at market rates, it “causes a ripple effect in all wages across the board,” complained Josh Denison, a landscaper in Oxon Hill, Maryland. He added:

If your $10.30 basic domestic or H-2B laborer has an arbitrary wage increase, then you have to adjust wages [upwards] across the board in a sliding scale to keep it fair and balanced. What happens to the $12 guy if the new guy is making more? And what happens to the $15 guy?

The H-2B program has included many cases of abuse. In September, Breitbart News reported:

The Yellowstone Club in Montana has been hit with a lawsuit by a group of foreign workers in the country on H-2B visas that were hired by the resort for allegedly cheating them out of tips and pay. The H-2B foreign workers also claim they were treated worse than other employees at the resort.

One of the Jamaican nationals said he served Zuckerberg, Gates, and even billionaire Warren Buffett. Among the charges lodged at the billionaires club are that H-2B foreign workers were sometimes told by human resource staff that they could always go back to Jamaica.

The workers also claim they were “robbed of their tips” and had fees deducted from their pay that they did not agree to or sign off on. The billionaires club allegedly cheated the Jamaican cooks out of their compensation, while providing full compensation to non-foreign cooks.

The policy also drives up real estate prices, widens wealth gaps, reduces high-tech investment, increases state and local tax burdens, hurts kids’ schools and college education, pushes Americans away from high-tech careers, and sidelines at least five million marginalized Americans and their families, including many who are now struggling with opioid addictions. Immigration also pulls investment and wealth away from Heartland states because investment flows towards the large immigrant populations living in the coastal states.