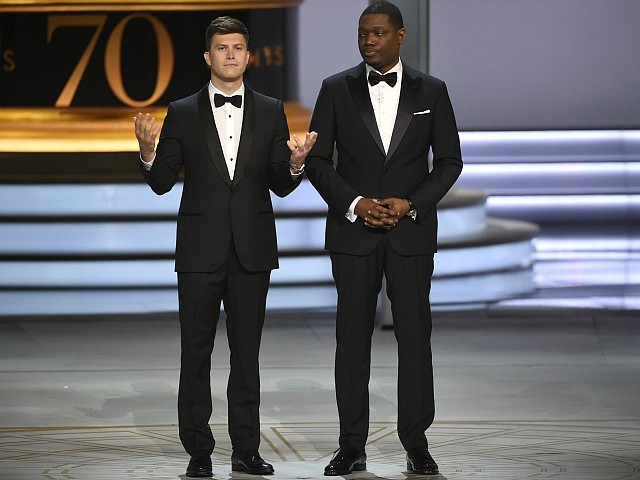 Ratings for Monday’s Emmy Award show collapsed by ten percent compared to 2017, which was already an all-time low.

According to the early numbers, the 70th Emmy Awards telecast on NBC sank with just a 7.4 household rating, a ten percent collapse compare to last year

The final numbers, which will include total viewers and various demographics, are expected to be released later on Tuesday.

It was believed the ratings could not get much worse than they were in 2017 when far-left comedian Stephen Colbert hosted. This year’s telecast was dominated by the far-left cast and producers of Saturday Night Live, but this only appears to have scared more people away.

Like everything else in the age of Trump, Saturday Night Live and all Hollywood award shows have become humorless, angry, partisan, divisive, and insulting to half of the American public.

As a result, almost all of these award shows have suffered record-low ratings.
Just last month, ratings for the MTV Video Awards collapsed to a record low.

In March, the Jimmy Kimmel-hosted Oscars sank by an incredible 16 percent, hitting an all-new record low.

The Grammys took a -20 percent dive in January to an all-time record low.