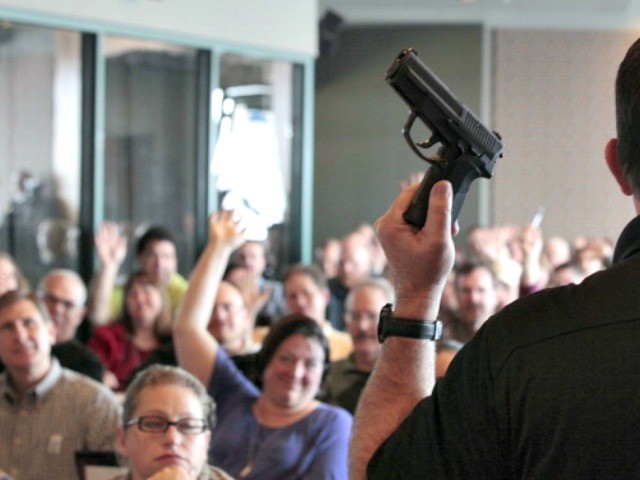 In an interview with Variety Parkland gun control activist Emma Gonzalez suggested arming teachers is a bad idea because her school had “a resource officer and he didn’t do jack sh*t.”

The resource officer referenced by Gonzalez is former Broward County deputy Scot Peterson, who arrived outside the scene of the Parkland attack roughly 90 seconds after it began and stayed outside until it was over, instead of going in to confront the gunman.

Lost on Gonzalez is the fact that armed teachers are there as a last resort. They are there to shoot the attacker if the deputy will not go in or in the event that the deputy cannot go in.

Gonzales claimed the idea of arming teachers to defend students is an attempt to “sell more guns” and part of the push to “normalize guns in everyday society.” Yet Gonzales also told Variety, “We’re not trying to take guns out of society, we’re trying to regulate them.”

Emma González explains why arming teachers is “not a good idea” https://t.co/cl8GrAbj7b pic.twitter.com/2wIhdu6H7U

Gonzalez said there were armed police all over the Parkland campus when classes reconvened following the February 14, 2018, attack. She said the number of guns possessed by those officers caused students to have “panic attacks on the first day back.” She suggests this is another reason that “arming teachers is not a good idea.”

Gonzalez failed to note that armed teachers do not carry guns in plain sight. Rather, they carry concealed and the concealment adds to the deterrent factor because bad guys do not know which teachers are armed and which are not.