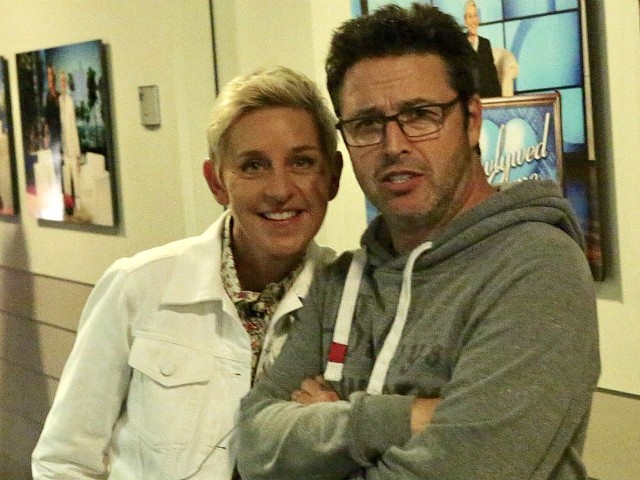 Andy Lassner, the executive producer of Ellen Degeneres’ talk show, attacked First Lady Melania Trump on Monday, saying he is “more afraid” of “another Melania” entering the United States than foreign nationals with a 7,000-strong migrant caravan headed to the U.S.-Mexico border.

The Ellen Show executive producer Andy Lassner took to Twitter to insult Mrs. Trump over the migrant caravan that is seeking to cross the southern border to overwhelm the country’s asylum and immigration system.

“I’m way more afraid of another Melania getting in to this country than I am of any caravan of human beings seeking asylum,” Lassner wrote.

I’m way more afraid of another Melania getting in to this country than I am of any caravan of human beings seeking asylum.

Indeed, Lassner has had something of an obsession with Mrs. Trump.

It’s unfair to keep harping on Melania’s high heels when there’s this ridiculous hat to talk about. pic.twitter.com/6et19Nz2Oi

Maybe it was better when we didn’t know where Melania was.

Get some rest, heal up and then take your kid and run as far as you can.

How happy are you tonight to not share a bedroom with him, @FLOTUS?

Mrs. Trump and her staff have been relentlessly attacked by the establishment media and Hollywood. The most recent incident came when CNN’s Jim Acosta privately messaged Mrs. Trump’s former chief of staff Justin Caporale, telling him “Fuck you.”