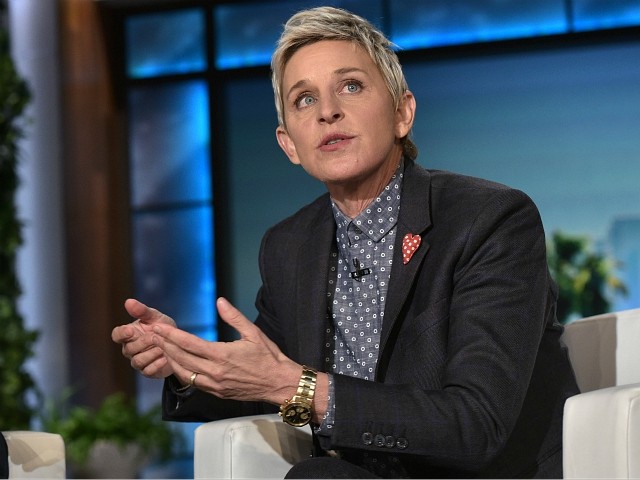 Comedienne and talk-show host Ellen DeGeneres has faced a backlash from leftists for defending fellow comedian Kevin Hart, weeks after he stepped down from the role of hosting the Oscars following an outcry over his past homophobic jokes.

In clips of Hart’s appearance on Ellen released Thursday night, DeGeneres announced she had called up the Academy to vouch for Hart’s good character.

“I called them, I said, ‘Kevin’s on, I have no idea if he wants to come back and host, but what are your thoughts?’” she revealed. “And they were like, ‘Oh my God, we want him to host! We feel like that maybe he misunderstood or it was handled wrong. Maybe we said the wrong thing but we want him to host. Whatever we can do we would be thrilled. And he should host the Oscars.’”

The controversy began last month after progressive activists complained about anti-gay tweets he posted between 2009 to 2011, and he has since apologized for.

“As a gay person. I am sensitive to all of that. You’ve already expressed that it’s not being educated on the subject, not realizing how dangerous those words are, not realizing how many kids are killed for being gay or beaten up every day,” DeGeneres explained. “You have grown, you have apologized, you are apologizing again right now. You’ve done it. Don’t let those people win — host the Oscars.”

However, DeGeneres’s remarks did not go down well with some left-wing activists, who criticized her for supposedly letting Hart’s homophobia off the hook.

I feel like if you’re not homophobic anymore, you shouldn’t mind apologizing for your past homophobia again and again and again. I don’t want to hear a hostile retelling of how we didn’t hear your meager apology the first time.

I don’t care how many sitcoms you lost in the 90s.

(1) First, the people who brought up Kevin Hart’s past tweets — like me — were not, as Ellen characterized, “haters.” The host of the Oscars had made anti-gay jokes, and LGBT people who love the Oscars were legitimately startled to see just how harsh his words were. It wasn’t a…

Ellen’s show is basically the embodiment of respectability politics, so using it as a platform to absolve Kevin Hart on our behalf sounds pretty much on brand. Her sitcom allowed her to do something radical, which she suffered for, & she’s been running away from that ever since.

The only thing @KevinHart4real proved by going on Ellen was that he is a terrible actor with zero genuine remorse who didn’t have the decency to address his ignorance. No, they weren’t “haters” who came after you. It was the LGBTQI+ community because we’re sick to shit of it.

this whole ellen/kevin hart thing is a perfect example of how privilege and constant praise distorts a person’s reality so much that they perceive any criticism, however valid, to be an attack on their entire livelihood

According to Variety, Hart later admitted that he is considering taking back the role after receiving her blessing.

“Leaving here, I promise you I’m evaluating this conversation,” he reportedly told DeGeneres. “This is a conversation I needed to have. I’m glad I had it here. I’m glad it’s as authentic and real as I could’ve hoped it would be.”