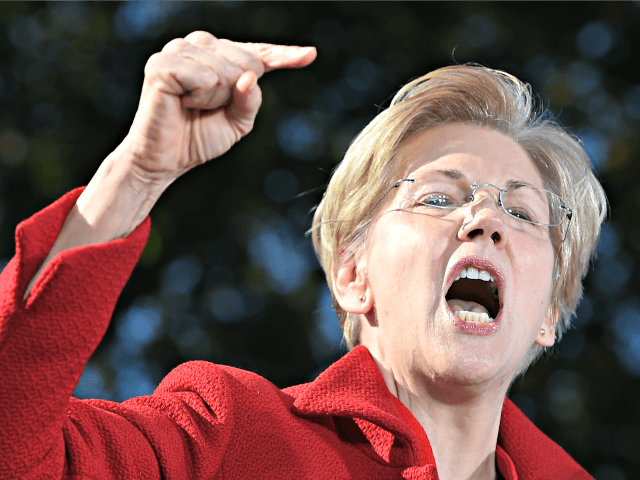 Democrat Senator Elizabeth Warren said she took and shared a recent DNA test for the sake of “transparency” during a Sunday night debate.

“Ultimately I took a DNA test, because I am an open book,” Warren said, but “at the end of the day, this isn’t about me.” Warren was concluding a question from the debate moderator about her repeated claims of Native American heritage, prompting years of media inquiry and the skeptical label “Fauxcahontas” by President Donald Trump.

“Senator, when we spoke in March for an interview and I asked you about whether or not you would take a DNA test, you told me that you believed that the issue of your Native American heritage had been settled,” WGBY radio personality and debate moderator Carrie Saldo said. “Why did you change your mind and recently release the results of the DNA test?”

“You know, one of the things I see now is that confidence in government is at an all-time low,” Warren responded. “And I believe one way that we try to rebuild confidence is through transparency.” Warren then took a few minutes to outline the steps she has taken toward transparency.

It remains unclear whether this attempt to alter the dialogue surrounding the test’s dismal results will be effective with voters, but Warren is doing everything she can to try and turn the conversation positive — even if that means changing the subject altogether.