The Democrats’ talking point that Supreme Court justices should be impartial and nonpartisan seemed lost on Sen. Elizabeth Warren (D-MA), who told protesters at the Supreme Court on Saturday that the nomination and confirmation of Brett Kavanaugh has “launched a movement” for left-wing judges to be installed in the U.S. judiciary branch.

“Today marks the day when progressives around this country launched a movement for a progressive court,” Warren said. 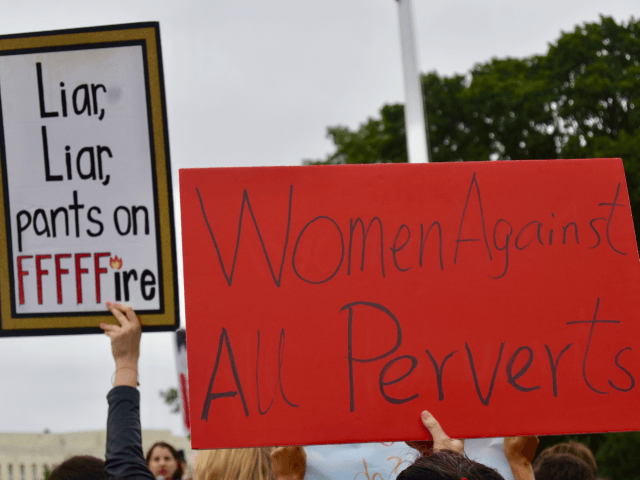 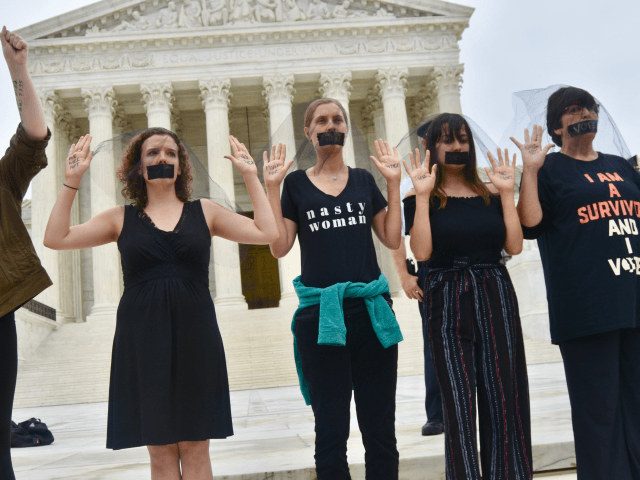 “We progressives have to make these courts — at the Supreme Court level and lower court level our issue,” Warren told the crowd of angry, black-clad protesters who opposed Kavanaugh.

On Saturday afternoon the Senate confirmed Kavanaugh with a 48-50 vote making him the 114th Justice seated on the high court.

Breitbart News reported the final vote came less than 30 hours after the Senate invoked cloture late Friday morning to end an attempted filibuster by Senate Democrats and one Republican, Sen. Lisa Murkowski (R-AK). Senators invoked cloture by a vote of 51-49, made possible by the “nuclear option” put in place by former Sen. Harry Reid (D-NV) in 2013, lowering the threshold from 60 to 51 for presidential nominations.

“It may be a dark day for the court, but it’s going to be a very bright day for the legal resistance in the country,” Warren said.

Warren told the protest, organized by a coalition of leftists organizations, including Planned Parenthood, Demand Justice and the Women’s March, co-founded by anti-Semite, anti-Israel Linda Sarsour, that the fight is about power.

“Because when we fight, we get stronger,” Warren said. “I want to remind everyone what this fight has done.”

She told the crowd that now they should turn their attention to the midterm elections to wrest the majority in the House and Senate from Republicans.

“They will dismantle our institutions, our democracy, our voting rights, and we cannot let them do that,” Warren said. “After this fight, we cannot go home.”