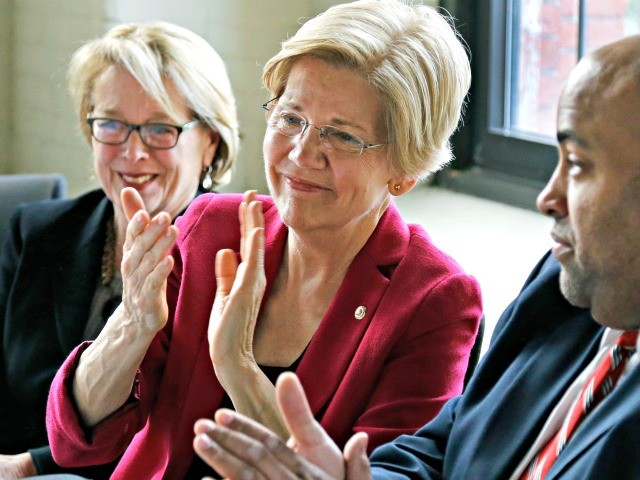 In a fundraising email sent Monday, Warren called on recipients to make financial contributions to her Senate campaign, while showering praise on California psychology professor Christine Blasey Ford, who broke her silence in an interview with the Washington Post Sunday about 36-year-old misconduct allegations against Kavanaugh. “Christine Blasey Ford has done a brave thing in coming forward. She deserves to be heard and treated with respect. Now it’s the Senate’s job to make sure that happens,” the email reads.

Ford alleges an inebriated Kavanaugh groped her during a Maryland house party in the 1980s. According to Ford, Mike Judge, a friend of Kavanaugh, pounced on the two, sending them both tumbling, prompting her to flee the room.

Kavanaugh denied the allegation Monday, issuing the following statement: “This is a completely false allegation. I have never done anything like what the accuser describes—to her or to anyone. Because this never happened, I had no idea who was making this accusation until she identified herself yesterday. ”

Speaking before reporters Monday, President Donald Trump expressed confidence in the Senate Judiciary Committee’s ability to vote Kavanaugh through and praised the nominee as “one of the finest people that I’ve ever known.”

“It will, I’m sure, work out very well,” the president added.