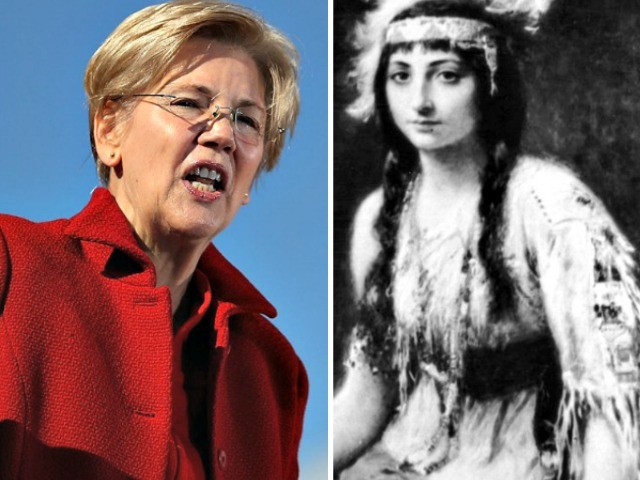 The Boston Globe followed up on its Monday report that Sen. Elizabeth Warren’s (D-MA) DNA test results show “strong evidence” that she has Native American ancestry with a report on Wednesday that defended Warren’s decision to make the results public.

The Globe said its editorial board interviewed Warren for an hour for its reporting.

“I have an election,” Warren said. ”Donald Trump goes in front of crowds multiple times a week to attack me.”

“Both of my opponents have made the same attack,” Warren said. “I got this analysis back, and I made it public.”

The Globe repeated its “strong evidence” of Native American heritage, this time with the correct 1/64th to 1/1024th probability that dates back “six to 10 generations.”

“Those results fit with an 1894 document uncovered by the New England Genealogical Society that suggested her great-great-great-grandmother, O.C. Sarah Smith, was at least partially Native American,” the Globe reported.

The Globe revealed it asked questions that bolstered her position.

“When asked whether, based on the results, she made a mistake identifying herself as Native American as a law professor, Warren expressed regret but stopped short of admitting error,” the Globe reported.

“There’s a distinction between citizenship and ancestry,” Warren told the Globe. “I wish I had been more mindful of that distinction.”

“The tribes and only the tribes determine citizenship,” said Warren in the Globe interview. “It’s their right as a matter of sovereignty, and they exercise that in the ways they choose to exercise it.”

“I respect that distinction,” Warren said in an answer that seemed directed to the Cherokee Nation to which she has aligned her Native American ancestry.

The Nation issued a statement after Warren’s DNA test reveal rebuking her.

The Globe reported it “pressed” Warren on identifying herself as a minority during her academic career, noting that while Warren admitted she is not a citizen of any tribe, she “has cousins who are tribal citizens.”

“I believe in transparency,” Warren told the Globe.

The Globe also repeated the narrative in its report on Warren’s past and whether her racial claims helped advance her career.

An in-depth Globe review of Warren’s professional history, including interviews with 31 professors on the Harvard Law hiring committee who offered her a job in 1993, found that Warren was viewed as a white woman by the hiring committees at every institution that employed her.

Breitbart News reported on Warren’s DNA test that Warren has, at best, 1/64th Native American ancestry, but it could also be as low as 1/1,024. Percentage-wise, she can claim somewhere between 0.1 percent to 1.56 percent Native lineage.