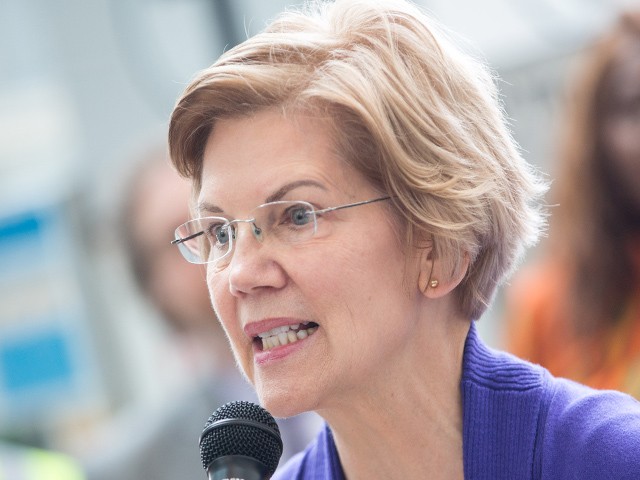 Senator and presidential contender Elizabeth Warren (D-MA) recently apologized to the head of the Cherokee Nation for taking a DNA test to prove her Native American lineage.

Warren on Thursday phoned Bill John Baker, who serves as the Cherokee Nation’s principal chief, to apologize for her decision to take the test in what was a “brief and private” discussion, according to Julie Hubbard, a press representative for the tribe. “I understand that she apologized for causing confusion on tribal sovereignty and tribal citizenship and the harm that has resulted,” said Hubbard. “The chief and secretary of state appreciate that she has reaffirmed that she is not a Cherokee Nation citizen or a citizen of any tribal nation.”

The conversation comes as Warren is slated to formally launch her run for the White House after launching a presidential exploratory committee in late December.

The DNA test was conducted by Stanford University professor Carlos D. Bustamante, confirmed that Warren’s ancestry is mostly European, with a minor trace of Native American ancestry. The results, published October 16, showed a potentially Native ancestor to Warren lived approximately six to 10 generations ago, which would make her at the very least only 1/152th  Native American.

Warren came under fire from tribes almost immediately after the results were released.

“A DNA test is useless to determine tribal citizenship,” Cherokee Nation Secretary of State Chuck Hoskin Jr. said in a statement. “Current DNA tests do not even distinguish whether a person’s ancestors were indigenous to North or South America.”

“It makes a mockery out of DNA tests and its legitimate uses while also dishonoring legitimate tribal governments and their citizens, whose ancestors are well documented and whose heritage is proven,” he continued. “Senator Warren is undermining tribal interests with her continued claims of tribal heritage.”

President Donald Trump, who has frequently referred to Warren as “Pocahontas” — a jab repeatedly used by her detractors who note she has used her Native American heritage for career advancement — dismissed the results as “bogus.”

“She took a bogus DNA test and it showed that she may be 1/1024, far less than the average American. Now Cherokee Nation denies her,” the president tweeted. “Even they don’t want her. Phony!”

Pocahontas (the bad version), sometimes referred to as Elizabeth Warren, is getting slammed. She took a bogus DNA test and it showed that she may be 1/1024, far less than the average American. Now Cherokee Nation denies her, “DNA test is useless.” Even they don’t want her. Phony!