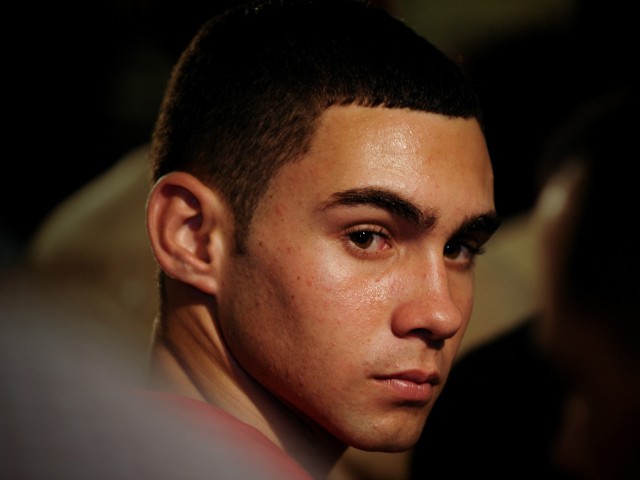 Elián González, a Cuban former child refugee who was violently expelled from the United States during the Clinton administration when he was six, opened a Twitter account on Thursday, explaining that he wished to thank Cuban second-in-command Miguel Díaz-Canel for his birthday wishes.

Americans rescued González off the coast of Florida in late 1999 after his mother drowned trying to escape with her child from the communist Castro regime. Following a bitter legal dispute, President Bill Clinton ordered a siege on González’s cousins’ home, where he stayed while in the United States, and used a MP-5 submachine gun to wrest the child out of the hands of the family. González left the spotlight for most of his childhood after the incident and began resurfacing on Cuban state television in 2015 as a mouthpiece for the Castro regime, calling Fidel Castro his “god” and thanking him for “teaching [him] how to think.”

González, who turned 25 on Thursday, has now surfaced on Twitter. He has so far posted only one message, reading, “It is not a coincidence that I join Twitter on my 25th birthday, I do it to send my appreciation to my President Miguel Díaz-Canel and from here continue to follow and support him.”

“You, and dignified Cubans, should remember that my main goal will be not to defraud you,” he concluded:

Díaz-Canel holds the title of “president” of Cuba, which, according to the Cuban Constitution, is subordinate to the titles of head of the Communist Party and head of the Revolutionary Armed Forces. Raúl Castro continues to hold the other two. This system is in place throughout the communist world, most notably in China, where Xi Jinping holds all three titles.

Díaz-Canel, who himself joined Twitter in the past year, posted a message Thursday congratulating the “son of all the people of Cuba” on his birthday. “The battle for his freedom, led by Fidel, proved how many challenges we can overcome together,” he wrote:

While Fidel Castro certainly condemned the United States for offering González food and shelter upon finding him adrift at sea, the child’s return to serve the communist regime was the product of Clinton administration policy against Cuban refugees more than it was of any effort on Havana’s part to re-imprison him on the island.

At the time of the González affair, Clinton had recently set in place a policy known as “wet foot/dry foot,” which only allowed Cuban refugees to remain legally in the country if they touched ground. González made it onto U.S. soil with the help of two Floridian fishermen, Sam Ciancio and Donato Dalrymple, who pulled him out of the water and saved his life before he would have likely drowned before reaching the shore. Despite efforts by the attorney of González’s family in the United States, current Supreme Court Justice Brett Kavanaugh, the Clinton administration chose to send a heavily armed team of Border Patrol agents into the family’s house and drag González out of the home, en route to Cuba, in the middle of the night. In addition to the traumatic way the agents seized the child, the Clinton administration faced heavy criticism for sending González home to a communist regime from which his mother died trying to save him.

González’s Twitter message is the latest in a string of public statements he has made as a young adult promoting the Castro regime. He featured prominently on Cuban state television in 2016 following the death of Fidel Castro, calling him “immortal” and a “real hero.”

“Superman was a fake hero,” he said on television. “We, the Cuban people, are proud to have a real hero, the real Fidel. That hero had greater powers than Superman because he has the power of being invincible, of being immortal. In a movie, Superman can die. Fidel lives in the hearts of all Cubans. Fidel grows and becomes history, and Fidel will never die.”

“Fidel taught me how to think,” he asserted at the time.

Since then, he has appeared on CNN calling Fidel Castro “my god” and stating that his “psychological burden” in the aftermath of his abduction by the Clinton administration was to make “Fidel and the Revolution” proud.

González has appeared on the social media site on the day before the Organization of American States (OAS), the Western Hemisphere’s largest international political platform, has organized a day-long event highlighting the human rights atrocities of the Castro regime. Former political prisoners, abused democracy activists, and the relatives of those killed will have a platform to discuss the violence perpetrated against them in detail, a product of their rejection of authoritarianism.