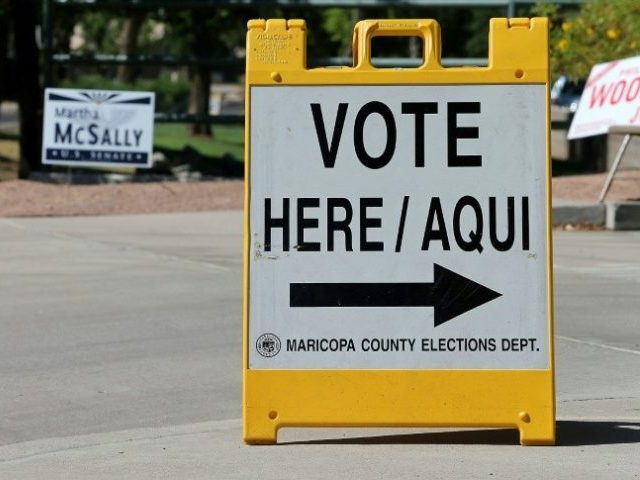 According to a report from The Hill, the top trending Google search on election day was “Dónde votar,” Spanish for “where to vote.” According to Google, the search term increased 3,350 percent today.

Google searches for “Dónde votar” spiked 3,350 percent today, as polling locations around the country opened their doors for midterm election voting. “Dónde votar,” which literately translates to “where to vote,” primarily saw an increase in searches on Monday afternoon, as voters began to prepare plans to get to the polls.

A trend graph for the search term shows that it spiked in traffic throughout Monday but fell flat by Tuesday morning. Despite the drastic spike in search entries for the Spanish phrase, the phrase was searched significantly less on Monday than its English counterpart, “where to vote.”

According to the report, the search spike coincides with historic highs in voter enthusiasm amongst Latinos. The report argues that certain hot-button issues like immigration have increased Hispanic interest in voting in this midterm election cycle.

The report also claims that Hispanic voters will play a crucial role in states like Florida, where Democrat Andrew Gillum is facing Republican Ron DeSantis is a contested gubernatorial contest.