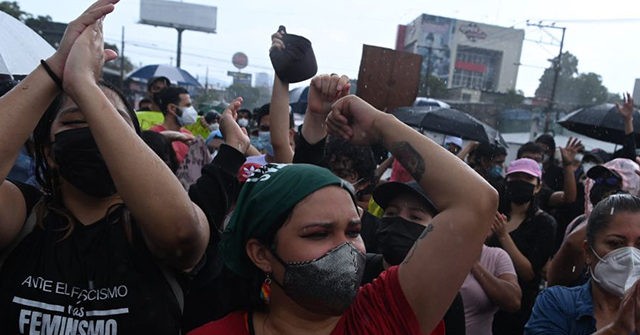 El Salvador’s legislative assembly voted to dismiss and replace all the top justices of the country’s Supreme Court on Saturday and to fire El Salvador’s top prosecutor on Sunday.

“The motion to remove the judges passed with 64 votes in favor, or nearly 80 percent of the 84-seat legislature,” Reuters reported. All votes came from President Bukele’s populist ruling party, Nuevas Ideas (“New Ideas”), according to the Argentine news site Infobae.

El Salvador’s congress followed the action with another vote on Sunday to remove the country’s top prosecutor, Attorney General Raul Melara, alleging he had ties to the Nationalist Republican Alliance (ARENA), a conservative opposition party in El Salvador.

“The unprecedented congressional vote came on the first day that lawmakers from Bukele’s New Ideas party took firm control of Congress after midterm elections in February gave the party a more than two-thirds supermajority in the unicameral legislature,” Reuters noted on May 1.

“And the Salvadoran people, through their representatives, said FIRED,” Bukele wrote in a Twitter statement on May 1, emphasizing the sentiment with applause emojis.

A New Ideas legislative leader named Elisa Rosales had argued before Saturday that there was “clear evidence” the five judges of the constitutional chamber had impeded the federal government’s public health strategy during the Chinese coronavirus pandemic and that their removal was necessary for the safety of El Salvador.

U.S. Secretary of State Antony Blinken expressed “grave concern” on Sunday in response to the Salvadoran political shakeup. Blinken discussed the developments with Bukele by phone on May 2, according to the U.S. State Department.

“[A]n independent judiciary is essential to democratic governance,” Blinken noted in his call, according to an official readout. “He expressed equal concern regarding the removal of Attorney General Raul Melara, who is fighting corruption and impunity and is an effective partner of efforts to combat crime in both the United States and El Salvador.”

“With all due respect: We are cleaning house … and this doesn’t concern you,” Bukele wrote in a Twitter message directed to “the international community” on May 1.

Conservative opposition legislators in El Salvador called for a congressional committee to declare Bukele “mentally incapable” of governing the country in February. The call came after Bukele ordered soldiers and heavily armed police to storm Congress one year prior in an attempt to “force lawmakers to approve a loan to finance an anti-crime plan,” Agence France-Presse reported.