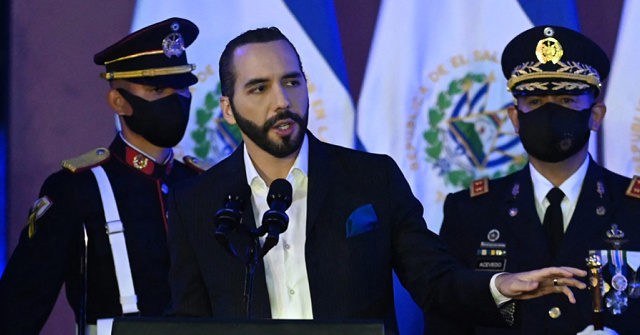 Nayib Bukele, the president of El Salvador, said on Sunday the crisis in Ukraine is just a distraction, while the “real war” of interest to free people around the world is being fought over authoritarian coronavirus mandates in Europe, Canada, and the United States.

The real war is not in Ukraine, it’s in Canada, Australia, France, Brussels, England, Germany, Italy…

They just want you to look the other way.

Bukele was especially horrified by footage of French riot police rolling in armored vehicles against a protest styled after Canada’s Freedom Convoy demonstrations:

This is Paris, today.

Imagine this was in El Salvador…

What would France, the European Union, and the “international community” say?

Bukele, whose government made headlines last year by becoming the first nation to adopt Bitcoin as legal tender, also turns out to be a big fan of onetime presidential candidate, noted monetary policy critic, and anti-interventionist icon Ron Paul:

Why isn’t this man your President 🇺🇸? https://t.co/cmms5S7N6Y

Bukele is a longtime critic of vaccination mandates, boasting in December that vaccines are “available for everyone, even tourists, including boosters,” but his administration has imposed no vaccine mandates, passports, or testing requirements.

“Everybody makes their own choice,” he said. “So far, over 70 percent have been vaccinated.”

El Salvador began receiving AstraZeneca vaccines through the United Nations and World Health Organization-sponsored COVAX program in March 2021. As of February 2021, roughly 78 percent of the population has been vaccinated, based on usage statistics.

Bukele is quick to call out authoritarian behavior in North America and Europe, perhaps because he has been accused of authoritarianism himself, so he views his critics as hypocrites. For example, in February 2020 Bukele sent troops into the El Salvadoran parliament to pressure lawmakers into voting for a bill that would fund his programs against gang violence.

Critics such as Human Rights Watch condemned Bukele’s administration as a “slide into authoritarianism,” an accusation he angrily rejects, insisting his policies have strong support from the people, and his hardball tactics are necessary to reform the corrupt systems of El Salvador.