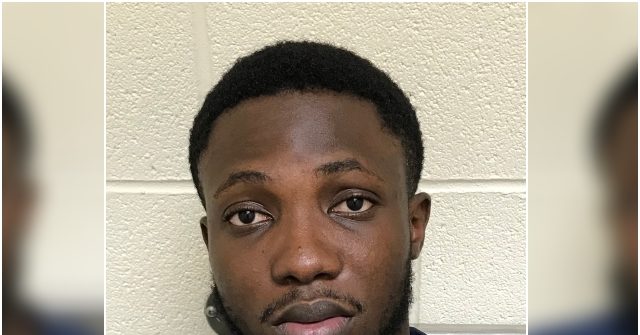 The eighth illegal alien charged with rape or sexual assault in Montgomery County, Maryland in less than two months was freed a year ago from police custody due to the county’s sanctuary policy.

Oluwakayode Adewole Adebusuyi, a 26-year-old illegal alien, was arrested last week by the Montgomery County Police Department after he allegedly raped an intoxicated woman in his car, according to police.

Investigators said Adebusuyi was at a bar with a mutual friend of the victim’s when he offered her his car to sleep in because she was not feeling well. The woman accepted the offer, feel asleep in Adebusuyi’s car, but when she woke up, the woman told police the illegal alien began raping her.

Afterward, Adebusuyi drove off with the woman still in the car despite her requesting to be let out. While stopped, the woman said she was able to jump out of the car and began screaming for help.

Adebusuyi was arrested in August 2018 in Montgomery County on assault, sexual contact, and false imprisonment charges but was released by the county’s sanctuary city policy that shields criminal illegal aliens from deportation because the charges against him were dropped by the victim.