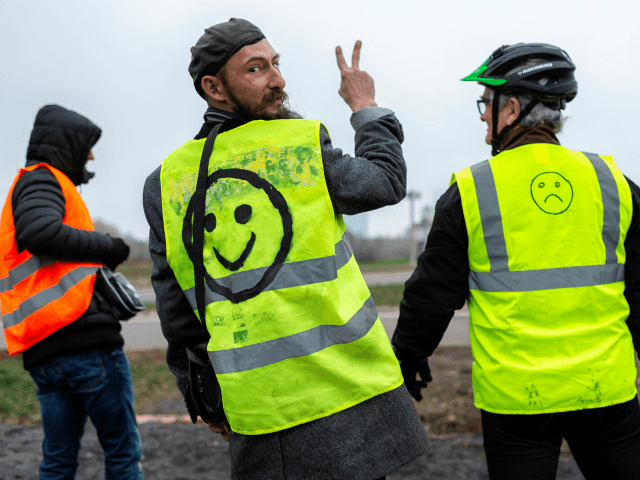 A new poll has shown a surge of support for the “gilets jaunes” or Yellow Vest protestors, who vowed to shut down the French capital on Saturday to protest higher fuel taxes and the government of President Emmanuel Macron.

The poll, conducted by polling firm Odoxa, found that 77 percent, or eight in ten, French surveyed thought the proposed shutting down of the French capital by the protestors was a legitimate action Le Figaro reports.

The support for the movement has increased despite demonisation from the Macron government, who have painted the Yellow Vests as prone to violent action. 62 percent of those surveyed said they refused to believe the movement was inherently violent, while 77 percent labelled them “brave” and 78 percent said the protestors worked for the “common interest.”

The respondents were much less optimistic that the protestors would be able to gain any sort of concessions from the government of President Macron with a majority, 56 percent, saying they doubted the taxes on fuel would go down after the protests.

The Yellow Vest movement began last week and saw reports of over a hundred thousand people block roads and motorways across the country in a movement that was not tied to any political party or union.

The protests were not, however, without incident, as one woman was fatally injured after a car tried to plough through protestors blocking a road in Point-de-Beauvoisin, in the south-eastern region of Savoy. Dozens more were reported injured in other incidents.

The protests are the largest so far faced by President Macron, who has seen a sharp decline in popularity — most recently measured at just 25 percent.