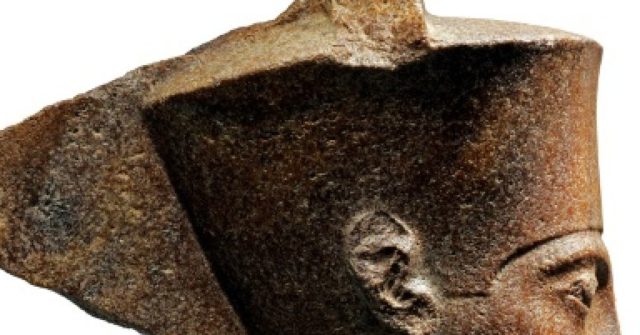 Christie’s auction house in London has been asked to stop the sale of a statue of  “Boy King” Tutankhamun on Thursday, with Egyptian officials claiming it was stolen and should be returned.

Christie’s is planning to auction the more-than 3,000-year-old bust of the boy pharaoh for an estimated $5 million. But Egypt’s foreign and antiquities ministries have taken issue with the plan.

“The antiquities ministry has contacted the auction house and UNESCO to stop the procedures of selling the ancient artifact as well as demanding that [Christie’s] provide the documents of the artifact’s ownership,” the foreign ministry said late Wednesay.

“In addition, Egypt claims its right in the piece under the current and previous Egyptian laws.”

Former antiquities minister Zahi Hawass also weighed into the controversy, telling AFP he piece appears to have been “stolen” in the 1970s from the Karnak Temple complex.

“We think it left Egypt after 1970 because in that time other artefacts were stolen from Karnak Temple,” Hawass said.

The brown quartzite relic comes from a private collection of ancient art that Christie’s last sold for £3m in 2016.

In a statement, Christies said: “The object is not, and has not been, the subject of an investigation.”

It said it would never auction an object over which there were legitimate concerns, the BBC reports.

Christies has also published a chronology of the relic’s owners for the past 50 years. The bust is understood to have been acquired from Prinz Wilhelm von Thurn between 1973 and 1974.

Egypt introduced laws in 1983 banning the removal of artefacts from the country.