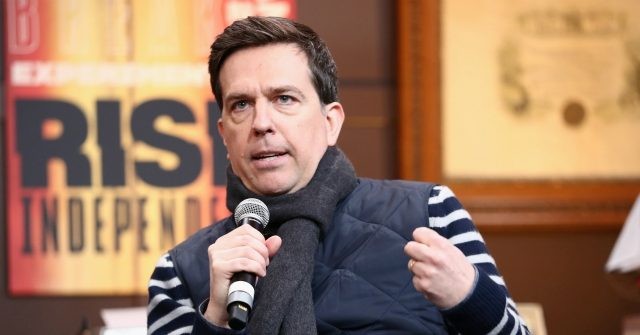 Actor Ed Helms claimed Friday that illegal immigrants pouring over the U.S.-Mexico border and their children who are separated from adults at immigration detention centers are being traumatized and treated like animals.

The Hangover star insisted that those venturing into America illegally have “the gall to seek a better life.”

Helms’ tweet came in response to a social media post made by Tomi Lahren in which she said, “If you don’t want to be caged or separated, DON”T COME HERE ILLEGALLY.”

Translation: I can treat you like an animal and traumatize your children because you had the gall to seek a better life. https://t.co/RnjKUusI41

“Translation: I can treat you like an animal and traumatize your children because you had the gall to seek a better life,” Helms said.

Lahren’s tweet was shared during the third round of presidential debates, which were held in Houston, Texas, on Thursday.

Former Vice President Joe Biden claimed Thursday during the Democrat presidential debate that the Obama-Biden administration “didn’t lock people up in cages,’ which turned out to be a lie.

In fact, the “cages” were constructed by the Obama-Biden administration in order to deal with a surge of unaccompanied minors who crossed the border illegally in 2014.

As reported by Joel Pollak, Breitbart News’ senior editor-at-large, “The ‘cages’ are chain-link enclosures in Border Patrol processing facilities that are meant to protect children from adults in custody. They are not permanent accommodations.”