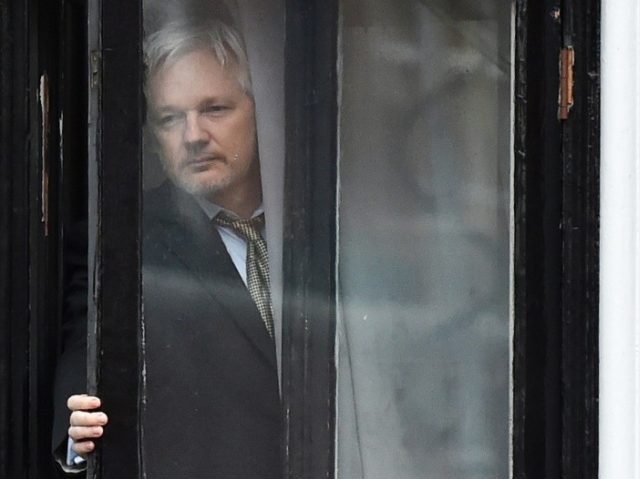 Ecuadorian president Lenin Moreno said in a radio interview Thursday that British officials have offered adequate assurances for WikiLeaks founder Julian Assange to vacate the South America country’s embassy in London, according to the Associated Press.

Moreno said his government had received written assurances from the U.K. government not to extradite the Australian activist to any country where he would face the death penalty.

Ecuador’s president didn’t say he would force Assange out, but said the WikiLeaks founder’s legal team is considering its next steps.

Moreno’s remarks come after prosecutors acknowledged to a judge last month that they erred when they mistakenly referenced criminal charges against Assange in an unrelated case, yet insisted the need for secrecy in the case still remains.

U.S. District Judge Leonie Brinkema heard arguments on a request by a free-press group to unseal criminal charges against Assange. The Reporters Committee for Freedom of the Press argued that the inadvertent disclosure by prosecutors about charges against the WikiLeaks founder obliterates the usual need for secrecy.

Typically, criminal charges remain under seal until a defendant has been arrested to prevent a target from fleeing arrest or destroying evidence ahead of prosecution.

In this case, the free-press advocates pointed out that Assange has been holed up since 2012 under a grant of asylum at the Ecuadorian Embassy in London for fear of prosecution in the U.S. Now that any doubt about those charges has been removed, there no longer exists a reason to keep the charges against him secret, lawyer Katie Townsend argued.

However, prosecutor Gordon Kromberg said no precedent exists for a judge to require disclosure of criminal charges before a defendant’s arrest. He acknowledged the error in which court papers in an unrelated case say that Assange “has been charged,” but he said the mistake is not confirmation that Assange is actually charged.

While the exact charges against Assange remain unclear, WikiLeaks has served as a vehicle for releasing of thousands of classified U.S. military and diplomatic cables. WikiLeaks’ role in releasing emails from the Democrat National Committee has also been under scrutiny as special counsel Robert Mueller investigates Russian interference in the 2016 election and whether the campaign of then-presidential candidate Donald Trump was involved.

Assange, 47, has resided in the Ecuadorian Embassy under a grant of asylum for more than six years to avoid being extradited to Sweden, where he was accused of sex crimes, or to the U.S., whose government he has repeatedly humbled with mass disclosures of classified information.

The Australian was once a welcome guest at the embassy, which takes up part of the ground floor of a stucco-fronted apartment in London’s posh Knightsbridge neighborhood. However, his relationship with his hosts has soured over the years amid reports of espionage, erratic behavior, and diplomatic unease.

Barry Pollack, a Washington lawyer for Assange, said he expected Ecuador to “comply with its obligations” to preserve asylum for him, though he acknowledged a concern that the county could revoke his asylum, expel him from the embassy and extradite him to the U.S.

“The burden should not shift to Mr. Assange to have to defend against criminal charges when what he has been accused of doing is what journalists do every day,” Pollack said. “They publish truthful information because the public has a right to know and consider that information and understand what its government and institutions are doing.”