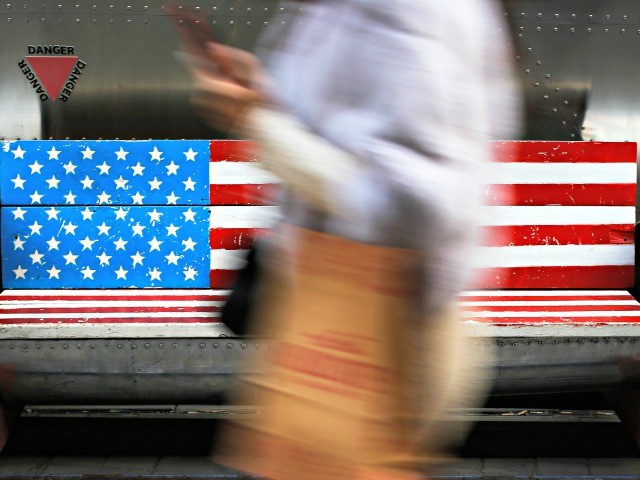 Economic patriots are urging President Trump not to back down from China on trade negotiations and are asking for more tariffs on Chinese imports to level the playing field for American producers and workers.

While Mr. Lighthizer has regularly communicated with top business interests such as the U.S. Chamber of Commerce, the National Association of Manufacturers and the Business Roundtable, talks have moved into concrete ways to shape the deal, people familiar with the discussions say.

While the globalist-aligned business interests have been lobbying for Trump to make a short-term deal with China, the Coalition for a Prosperous America (CPA) is urging the president to keep the pressure on China by increasing tariffs. A statement from the organization reads:

CPA continues to support maintaining and increasing tariffs on China’s import. We do not believe a short term resolution is possible or will be complied with. China’s political economy is fundamentally designed to grow through state control, subsidies, central planning and excessive reliance on US consumers. Beijing’s long term goal is to erode America’s economic, military and political strength.

Already, Trump has imposed a 25 percent tariff on $250 billion worth of Chinese imports for which free traders claimed Americans would pay. In reality, research reveals that China is paying more than 20 percent of that 25 percent tariff while American consumers have only paid about 4.5 percent.

Additionally, Trump’s tariffs on Chinese imports, as well as imported foreign steel and aluminum, has contributed to a booming American economy where U.S. manufacturers added 284,000 jobs in the last year, the most jobs added in the sector in a single year since 1997. Last month, alone, about 32,000 American factory jobs were created.

As Breitbart News has extensively reported, between 2001 and 2017, the U.S.-China trade deficit was responsible for the loss of 3.4 million American jobs. The vast majority of jobs lost from free trade with China have been in the U.S. manufacturing sector, making up 74.4 percent of all jobs lost and amounting to 2.5 million U.S. manufacturing jobs lost. This total of jobs lost also includes the 1.3 million American jobs lost since 2008.

One former steel town in West Virginia lost 94 percent of its steel jobs because of NAFTA, with nearly 10,000 workers in the town being displaced from the steel industry.