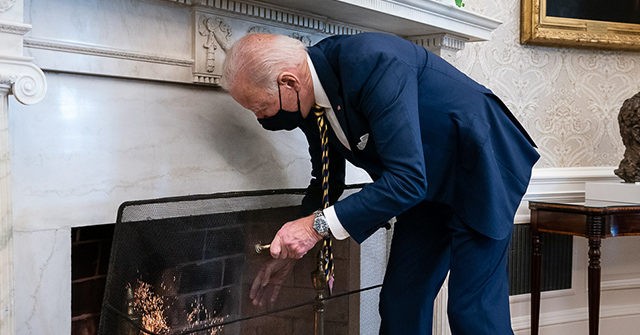 President Joe Biden’s support for Major League Baseball moving the 2021 All-Star Game out of Atlanta in response to Georgia’s recent enactment of an election integrity law is both “disgusting” and a form of “economic blackmail,” Georgia elections official Gabe Sterling said Friday.

“I think it’s morally reprehensible and disgusting that he’s perpetuating economic blackmail over a lie,” Sterling said in an interview with The Dispatch. “It’s a lie. This is no different than the lie of Trump saying there was voter fraud in this state. And the people who are going to be most hurt by [a boycott] are the workers in all of these places that are going to be impacted.”

Last Thursday, Georgia Gov. Brian Kemp (R) signed the sweeping elections bill into law, which is designed to combat voter fraud in the Peach State’s elections by requiring voters to submit ID for mail-in voting and reducing the use of ballot boxes.

This week, Biden affirmed that he would support a decision for Major League Baseball to relocate its All-Star Game from Atlanta in protest of the law.

“I think today’s professional athletes are acting incredibly responsibly. I would strongly support them doing that,” Biden told ESPN’s SportsCenter on Wednesday night “People look to them. They’re leaders. ”

Corporations such as the Coca-Cola Company and Delta Airlines have joined Biden in publicly opposing the law, calling on lawmakers to take action against the election reform measures.

“Let me get crystal clear and unequivocal this legislation is unacceptable,” Coca-Cola Company chairman and CEO James Quincey declared during a Wednesday interview with CNBC. “It is a step backward. It does not promote principles we have stood for in Georgia around broad access to voting, around voter convenience, about ensuring election integrity. This is frankly just a step backward. We have spent many decades promoting within Georgia a better society and better environment for business, and this is a step backward.

“Our position remains the same. This legislation is wrong and needs to be remedied. We’ll continue to advocate in both private and even more clearly in public,” Quincey added.

High-profile Republicans like Sen. Marco Rubio (R-FL) hit back at Delta Air Lines over its hypocrisy by pointing out that the corporation is a business partner with the Chinese Communist Party (CCP), which is accused of committing genocide against Uyghur Muslims in Xinjiang.