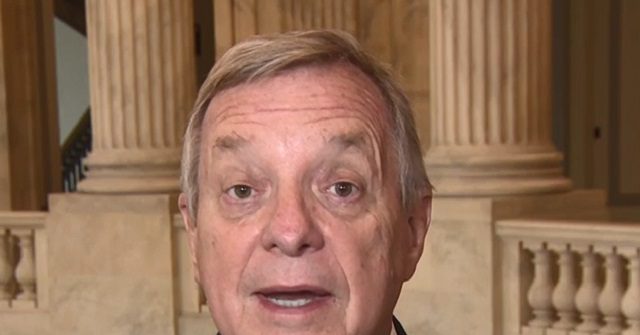 Senator Dick Durbin (D-IL) said Sunday on NBC’s “Meet the Press” that he hoped Republican senators knew that “history” would find them based on how they vote during President Donald Trump’s impeachment trial.

Durbin said, “Donald Trump is on trial for impeachment and the jury, of course, will be 100 senators. But the Senate itself is on trial, as far as I’m concerned, and the jury’s the American people. The question is whether or not we are going to have a fair trial, whether the members of the Senate are going to be loyal to the Constitution or loyal to the president. A fair trial, everyone understands, involves evidence. Evidence would be documents and witnesses. We know the president has refused to provide documentation beyond the July 25th telephone memo. And he’s refused to provide basic witnesses, who actually heard what happened on that conversation and saw what happened afterward. So at this point, you know, the Senate is on trial. And I hope, at the end of the day, enough Republican senators will understand, history will find you. Make certain that you make a decision that you can live with in terms of our Constitution and your own professional career.”