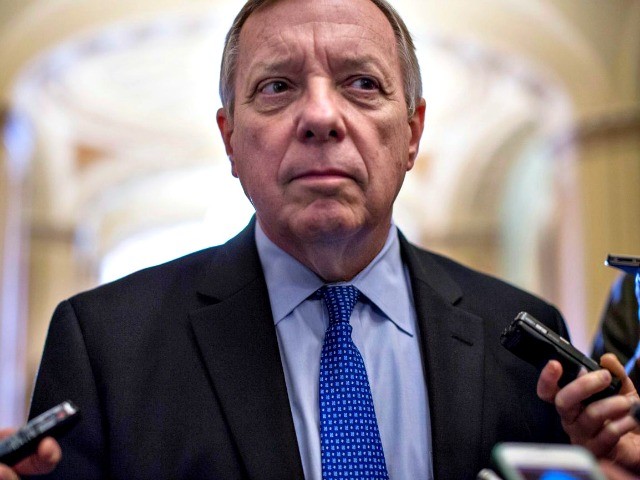 Friday on CNN’s “The Lead,” Sen. Dick Durbin (D-IL) said President Donald Trump has no credibility in claiming Democrats create mobs when his supporters chant “lock her up.”

Durbin said, “I listened to the president’s plea at these rallies, and rallies are kind of standard fare as we get close to an election. I can’t believe this mob rule charge. I have three words for the president, ‘Lock her up.’”

He added, “Rally after rally, his supporters are out there screaming lock her up, every time he mentions a Democrat, particularly if it’s a Democratic woman. And here we have a situation where the president goes to Montana and praises, again, a Republican congressman for body-slamming a reporter and we’re supposed to be the mob? Give me a break.”