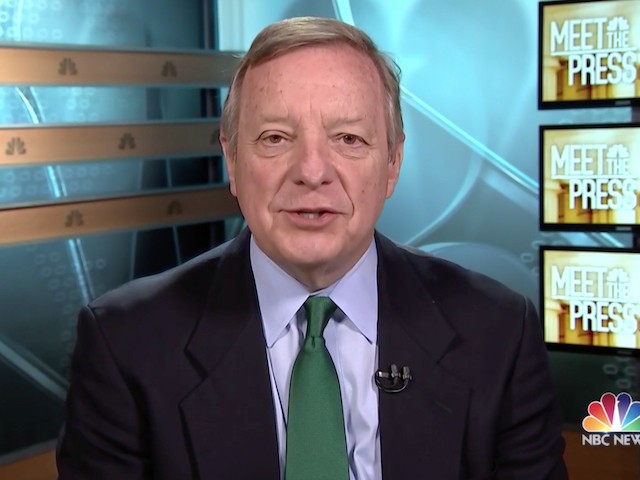 Sunday on NBC’s “Meet the Press,” Sen. Dick Durbin (D-IL) said President Donald Trump was the “only person on earth” who accepted Saudi Arabia’s story on the death of journalist Jamal Khashoggi.

Durbin said, “No. As a matter of fact, the only person on earth outside of the Saudi kingdom who appears to accept it is President Donald Trump.”

He added, “There’s what we ought to do and we ought to do it tomorrow morning; we ought to formally expel the Saudi ambassador until there is a completion of the third-party investigation into the kidnap, murder and God knows who followed that occurred in Istanbul. Unless the Saudi kingdom understands that civilized countries around the world are going to reject this conduct and make sure they pay a price for it, they’ll continue doing it.”