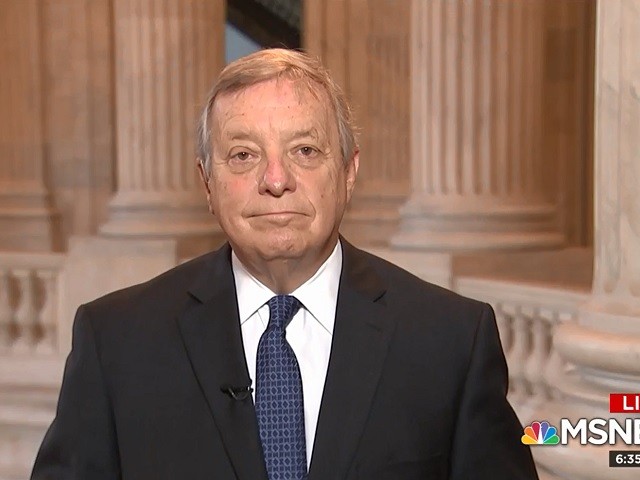 On comprising border wall funding in exchange for DACA legislation, Durbin said, “It’s a deal we offered and was rejected by the White House. And many of us thought it was hard to explain why it would be for this crazy wall, a 19th-century answer to a 21st-century problem but the president was demanding it.”

He continued, “So we said alright to really deal with immigration reform we need to do it. We were willing to suck it up on the democratic side and stand with you. He rejected it.”

He added. “He is virtually impossible to bargain with particularly on the issue of immigration. He has people around him who are very hateful and they, unfortunately, color his judgment.”