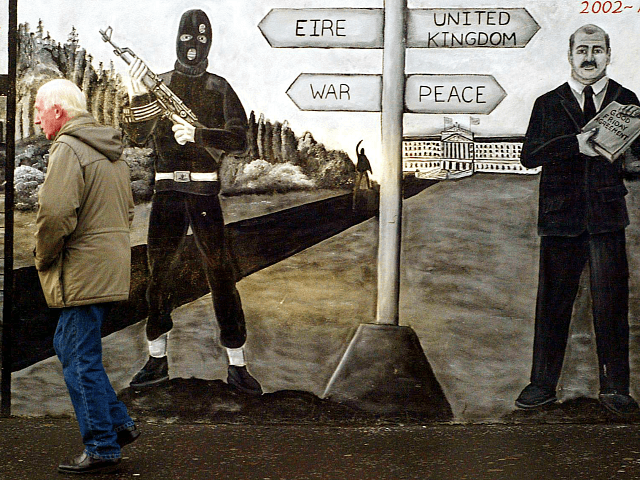 Irish taoiseach (prime minister) Leo Varadkar has been slammed by British unionist politicians in Northern Ireland for using a photograph of an IRA bombing as Brexit leverage.

Varadkar brandished a copy of a newspaper story about an IRA bombing at the Newry Customs Office in 1972, which killed nine and injured six, thinking this was a good way to underline the importance of Britain making concessions to the EU on customs checks between his country and the British province of Northern Ireland.

He described the pictures of the bombing rather unsubtly as a “useful prop” to show “all the European leaders the extent to which the concerns about the re-emergence of a hard border and the possibility of a return to violence are very real”.

The stunt was viewed with disgust by many in Northern Ireland, however, with some seeing it as a threat of sorts — particularly given insider claims that elements of the political elite and security establishment in the Republic of Ireland colluded with the IRA when they were at their most active.

The IRA, or Provisional Irish Republican Army, waged a decades-long campaign of assassinations and terrorism against British politicians, soldiers, police constables, and civilians in an effort to wrench Northern Ireland out of the United Kingdom and create a unified Irish state.

It kept up its terror campaign even after a 1973 referendum found a clear majority of Northern Ireland’s residents wanted to remain with the British, and even plotted to assist a Nazi invasion of the British province in its early history.

Sammy Wilson MP, whose Brexit-supporting, Northern Ireland-based Democratic Unionist Party (DUP) props up Prime Minister Theresa May’s minority government in Parliament, said Varadkar’s “threats to ‘ban British planes as revenge for Brexit’, suggestion that [Northern Irish] electricity supplies could be affected by Brexit, [and] outlandish comments that leaving the EU could result in a Berlin Wall along the Irish Border” had already made him a “laughing stock” and “diminished his standing as a politician who should in any way be taken seriously” — but that his invocation of IRA terror had put him beyond the pale.

The Irish leader, Wilson said, was “scrap[ing] the bottom of the very deep barrel of threats, deception and rhetoric which he has dipped into in order to persuade ignorant heads of EU states that the EU must insist in detaching NI from the UK in any Brexit deal,” and — worse — encouraging “republican madmen” to return to violence.

Varadkar’s behaviour, Wilson said in no uncertain terms, was “despicable, low, and rotten”.

Past victims of IRA terrorism and their bereaved families also criticised the taoiseach, saying they were “sickened” by his comments and accusing him of “trying to make people along the border feel anxious”.

Northern Irish MP Gregory Campbell wrote a formal letter to Varadkar, admonishing him for suggesting that a ‘No Deal’ Brexit could lead to terror attacks on customs checkpoints no-one wants to construct.

“The 1972 IRA bomb [used at Newry] was understood to have been made in County Louth, smuggled across the border and then detonated in Northern Ireland. This raises more questions about how the Irish Government of that day stood against the PIRA in County Louth than it does about customs posts,” he wrote.

“[T]o use that bomb attack to create fears of violence today amongst EU leaders is distasteful. It is also a disservice to victims.”