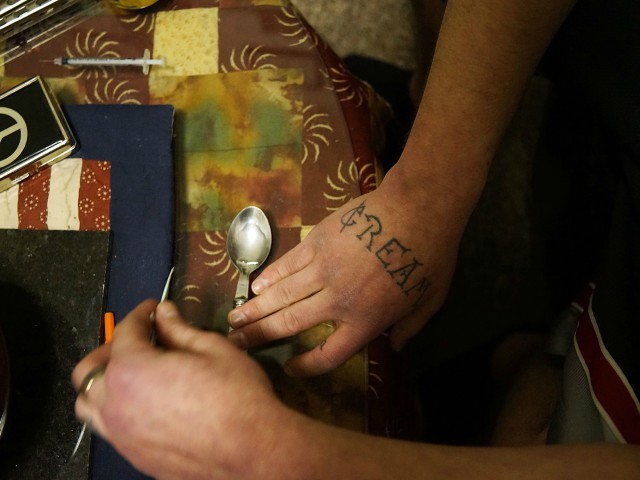 Preliminary data released by the Centers for Disease Control (CDC) over the summer suggest the rate of drug overdose deaths is declining or at least has “begun to plateau,” as Health and Human Services Secretary Alex Azar put it last week.

Overdose deaths will likely be about 10 percent higher over the past two years when the final numbers for 2018 are in, leaving them a good 300 percent higher than they were at the dawn of the current crisis in 1999. The good news is that the past seven months have seen what Time called a “promising, if modest, recent downturn.” If the final data bear this trend out, it will be a welcome change from a trend that seemed to get worse with every passing year.

Azar credited better access to medications that treat addiction and the lifesaving drug naloxone, which helps victims dying of an overdose to resume breathing normally.

Azar noted that while a “stunning amount of potentially addictive pain medication” is still prescribed to Americans – far beyond the amount necessary to combat any conceivable increase of chronic pain since 1999 – prescriptions are slightly down from their peak in 2013, and there has been a “statistically significant decline in the number of Americans who misuse prescription opioids” since 2017. Even the number of Americans “initiating heroin use” has declined… and yet, overdose deaths kept increasing until the possible “plateau” detected by CDC over the past few months.

The elephant in the room went unmentioned by Alazar, whose speech was almost entirely focused on programs to reduce dependency on prescription drugs, but the Associated Press read between the lines and saw the bloodthirsty demon lurking there: “While prescription opioid and heroin deaths appear to be leveling off, deaths involving fentanyl, cocaine, and methamphetamines are on the rise. Fentanyl is a synthetic opioid much more powerful than heroin, used as an additive in street drugs.”

The L.A. Times explained how the fentanyl supply chain works in an October 19 profile of the Shanghai-based Zheng syndicate, which ships fentanyl and other dangerous chemicals around the world and leaving a trail of corpses in its wake:

Nearly 29,000 people died last year in the United States from overdoses linked to synthetic opioids, a category that experts say is dominated by fentanyl and its chemical cousins — a staggering surge from the 3,100 such deaths reported in 2013.

One reason for the spike: The drug is so powerful that a sugar-packet-sized bag of fentanyl can contain 500 lethal doses. That also means it can be smuggled through the mail in what officials call micro-shipments that are far harder to identify and interdict than bulkier loads of heroin, cocaine or marijuana.

Chinese companies send fentanyl in small quantities to dealers in the United States or Canada, but ship the drugs in bulk to criminal cartels in Mexico. The cartels then mix the synthetics into heroin and other substances, or press them into counterfeit pills. The product is then smuggled across the border.

While total fentanyl seizures more than doubled last year, to 1,196 pounds, officials say far more of the illicit drug is getting through. Some of the biggest fentanyl seizures have been in California because of the Mexican connection.

Fentanyl is so powerful that hundreds of fatal overdoses can be crammed into a container the size of a sugar packet. Its manufacturers operate beyond the reach of U.S. law in China, whose government is not exactly chomping at the bit to shut down operations that ruin and terminate thousands of American lives.

Cartels in Central and South America are big customers, using fentanyl as rocket fuel to juice up the products they ship across the U.S. border, but there are plenty of domestic buyers too, and they can manufacture so many pills with such tiny amounts of fentanyl that independent dealers with no connection to major cartels are popping up all over the country. They can order fentanyl from China on the dark web, pay in bitcoin, and make a fortune selling pills created in household labs. The L.A. Times mentioned a former Eagle Scout in Utah who sold hundreds of thousands of pills and raked in over a million dollars by turning his mom’s basement into a drug lab.

The November issue of Reason includes an editorial chastising Congress for focusing far too heavily on the “overprescription hypothesis” when a wrongheaded crusade against prescription drugs arguably made the carnage from overdoses much worse, by herding users away from pharmaceutical products and into the waiting arms of street dealers and their vastly more dangerous wares.

The suffering inflicted on pain patients who legitimately need medication is increasingly horrendous as well, now that the medical profession has swung from overprescribing painkillers to people who exaggerated their pain levels to under-prescribing meds for people in genuine agony.

Secretary Azar mentioned the surge of reported pain levels as a precursor to the opioid epidemic and touted plans to avoid exposing new patients to opioids, a strategy that will hopefully reduce the number of people who are exposed to opioids through prescriptions and then turn to street dealers. The questions that must be faced squarely is how many fatal overdose victims began with prescription drugs, and how they obtained those pills.

The White House signaled its understanding of the street drug crisis and fentanyl death machine by touting provisions in the SUPPORT Act recently signed by President Donald Trump. One of the measures included in the Act is intended to make it harder for overseas labs to abuse the U.S. postal service by using it to deliver drugs and chemicals to American customers.

The problem with America’s policy response to the opioid crisis has always been the eagerness of politicians to embrace convenient diagnoses and sell expensive legislative solutions at a profit. They don’t like to discuss intractable social problems caused by foreign malefactors who cannot be dragged into American courtrooms for multi-million dollar settlements. The reduction in overdose deaths, so slight that it might not be happening at all, does not represent a tremendous return on the investments made to date.