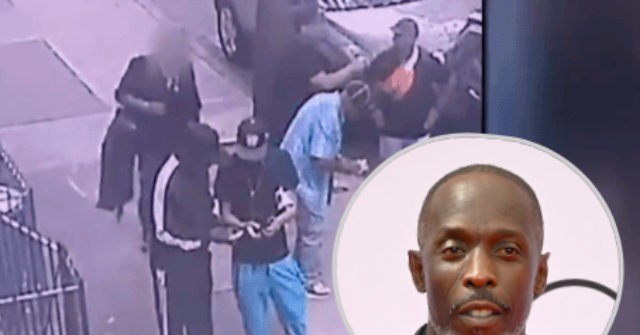 The drug dealer who allegedly sold The Wire actor Michael K. Williams fentanyl-laced heroin that resulted in his death last year was a repeat offender, and had been released from custody under New York’s bail reform.

Irvin Cartagena, who was identified by prosecutors as the man who sold Williams the drugs that killed him, was previously arrested at least twice on drug-related charges, and released under New York bail reform policies, according to a report by Daily Beast.

The U.S. Attorney’s Office announced that Cartagena was arrested on Tuesday, along with three other men — Hector Robles, Luis Cruz, and Carlos Macci — who are also being charged in connection with Williams’ drug overdose death.

Statement of U.S. Attorney Damian Williams on the arrests of four defendants in connection with the overdose death of Michael K. Williams pic.twitter.com/EtrtYTr7xF

At the time of Cartagena’s Tuesday arrest, however, the 38-year-old drug dealer had already been arrested for a drug sale and weapon possession in August 2020, and again in February 2021 for possession of a controlled substance — and was released due to bail reform provisions of 2020.

Last August, his two drug charges were combined and Cartagena was able to resolve them by pleading guilty to disorderly conduct, which is not even a crime, “but a violation in the same category as loitering or making undue noise or drinking beer in public,” Daily Beast notes.

The drug dealer was then able to return to the block without having to serve a minute of jail time. Ten days later, Cartagena sold Williams the drugs that killed him, prosecutors say.

The sale was also captured on video, which shows Cartagena standing by trash cans with four other men — two of whom are also alleged drug dealers — when the actor approached.

“And even though [Cartagena] had been busted at this very spot six months before, he did not hesitate to conduct this exchange with Williams in plain sight,” the report adds. “The whole scene appeared as relaxed as if dealing dangerous narcotics were as completely legal as selling milk at the Alegria Grocery next door.”

Cartagena was arrested in Puerto Rico. Robles, Cruz, and Macci were arrested in Manhattan. The four men were “charged with conspiracy to distribute and possess with intent to distribute fentanyl analogue, fentanyl, and heroin,” according to a press release.

If convicted, each man faces could be sentenced to a maximum of 40 years in prison. Additionally, Cartagena was charged with conspiracy in the actor’s death, a charge that carries a life sentence.