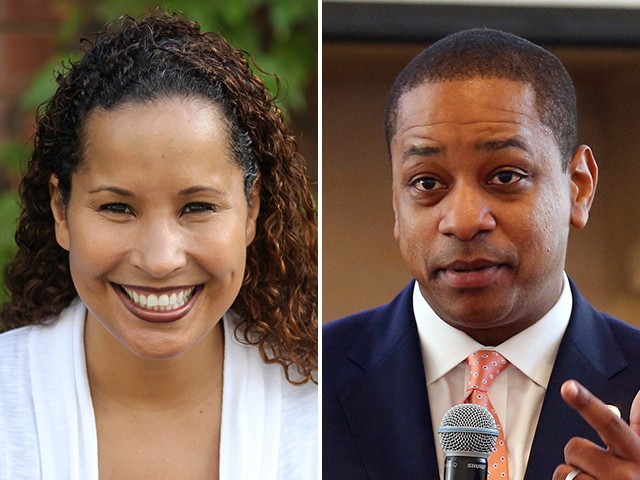 Tyson, through her law firm, Katz Marshall & Banks, released a lengthy statement detailing her allegation against the embattled Virginia Democrat.

“With tremendous anguish, I am now sharing this information about my experience and setting the record straight,” Tyson said. “It has been extremely difficult to relive that traumatic experience from 2004. Mr. Fairfax has tried to brand me as a liar to a national audience, in service to his political ambitions, and has threatened litigation. Given his false assertions, I’m compelled to make clear what happened.”

Tyson, a professor from California, said what began as “consensual kissing” turned into a “sexual assault,” adding that Fairfax forced her to “perform oral sex on him.”

Statement of Dr. Vanessa Tyson, who has accused Lt. Gov. Justin Fairfax of sexual assault in 2004:

“What began as consensual kissing quickly turned into a sexual assault.” pic.twitter.com/UI9Gz11DWj

According to her account, the alleged incident occurred during the 2004 Democrat National Convention in Boston, Massachusetts. In a statement Wednesday, Fairfax vehemently denied any wrongdoing, claiming that the encounter was consensual.

“At no time did she express to me any discomfort or concern about our interactions, neither during that encounter nor doing the months following it, when she stayed in touch with me, nor the past fifteen years,” he said. “She in no way indicated that anything that had happened between us made her uncomfortable.”

In a previous statement, Fairfax said of the allegation the he “has never assaulted anyone – ever – in any way, shape or form.”

“Lt. Governor Fairfax has an outstanding and well-earned reputation for treating people with dignity and respect,” the Monday statement read. “This is part of the sad and dark politics that the Lt. Governor has dedicated himself to helping Virginia and the nation rise above,” the statement continued.

The embattled Virginia Democrat warned he would take “appropriate legal action against those attempting to spread this defamatory and false allegation.”

Fairfax hinted this week that Gov. Ralph Northam (D-VA) could have been responsible for the allegation’s reemergence to stop his own ouster. The governor is facing calls to step down after a 1984 yearbook photo shows him and another individual in blackface and Ku Klux Klan attire. “Does anybody think it’s any coincidence that on the eve of potentially my being elevated that that’s when this uncorroborated smear comes out?” Fairfax said when asked if he believes Northam resurfaced the allegation against him.

Meanwhile, Virginia Attorney General Mark Herring (D) is facing a scandal of his own Wednesday after admitting to wearing blackface while a student at the University of Virginia.