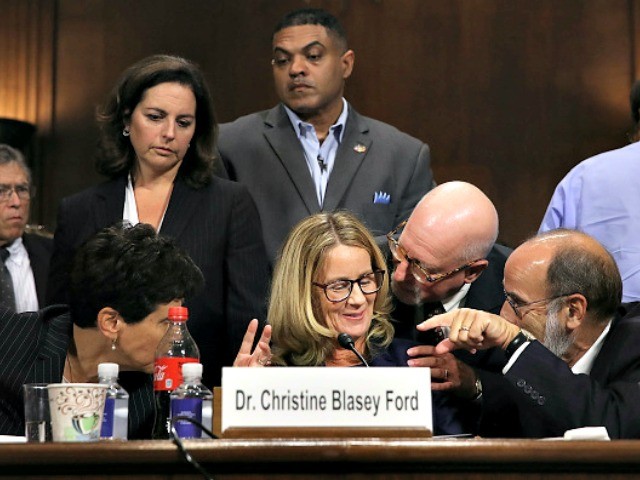 Dr. Christine Blasey Ford said in her opening statement before the Senate Judiciary Committee Thursday that she did not “have all the answers” or “remember” as much as she wanted about the night she claims Supreme Court Justice nominee Brett Kavanaugh allegedly sexually assaulted her.

“I do not remember all of the details of how that gathering came together, but like many that summer, it was almost surely a spur of the moment gathering,” the California psychology professor told the Senate Judiciary Committee Thursday morning.

Dr. Ford said she wished she “could be more helpful” in answering the committee’s questions about the high school party she reportedly attended with Kavanaugh during the 1980s.

“I truly wish I could be more helpful with more detailed answers to all of the questions that have been and will be asked about how I got to the party, where it took place, and so forth.”

Even though she prefaced her statement with not remembering details about that night, she was able to name three boys attending the party—including Kavanaugh, Mark Judge, and P.J. Smyth, whom she referred to as “a boy named P.J.” – all of whom have said they do not have any knowledge that supports her story.

“I attended a small gathering at a house in the Bethesda area. There were four boys I remember specifically being at the house: Brett Kavanaugh, Mark Judge, a boy named P.J., and one other boy whose name I cannot recall. I remember my friend Leland attending.”

Dr. Ford said what happened between her and Kavanaugh had been “seared” into her memory and has “haunted” her throughout her life.

“I don’t have all the answers, and I don’t remember as much as I would like to. But the details about that night that bring me here today are ones I will never forget. They have been seared into my memory and have haunted me episodically as an adult,” she said.