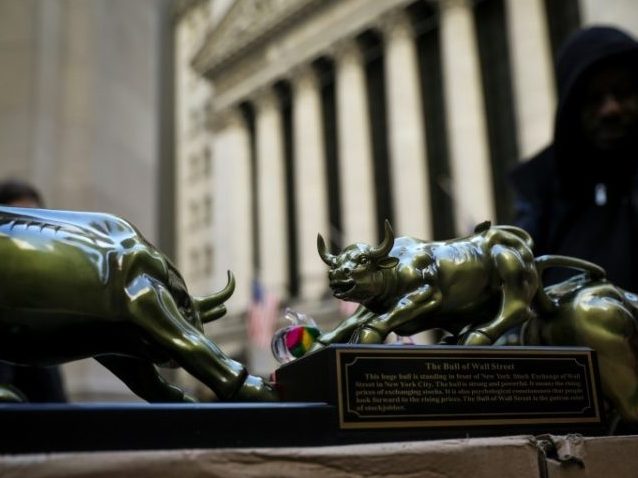 Stocks fell sharply on Thursday, the second day in a row in which major indexes fell by more than two percent.

The Dow Jones Industrial Average dropped 546 points, a 2.13 percent decline. Over the past two days, it has lost more than 1,300 points.

The S&P 500 dropped 2.2 percent. The tech-heavy Nasdaq Composite fell by 1.4 percent, after being the worst of the big three indexes the day before.

It was a volatile day in stock trading. At its low for the day, the Dow was down 669 points. Energy and oil stocks were battered, while sectors that lost the most on Wednesday were more resilient.

Analysts say that expectations of higher interest rates and fears of further escalation of trade disputes with China have weighed on stocks this week.

Three of the biggest American banks–JPMorgan Chase, Citigroup, and Wells Fargo–will report their third-quarter results Friday. The biggest banks are often looked to for insights on the broader American economy and the health of American consumers. Their stocks declined Thursday, with J.P. Morgan Chase falling 3 percent, Citigroup dropping 2.2 percent, and Wells Fargo sliding 1.9 percent. The broader financial sector was the second worst of the S&P’s 11 sectors, with energy the worst.

Investors appeared to be seeking safety from the market turmoil, bidding up Treasuries and pushing yields down from recent multi-year highs. The yield on the benchmark 10-year note dropped to 3.13 percent.

In the final hours of trading, stocks appeared to be staging a comeback after news broke that President Donald Trump would meet with China’s dictator in November. But that reprieve was short-lived, as stocks headed down in the final hour of trading.