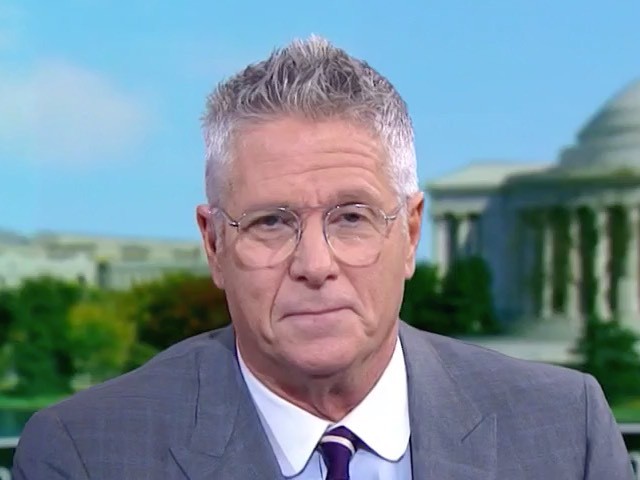 MSNBC contributor Donny Deutsch on Monday’s “Morning Joe” suggested President Donald Trump would attempt a military coup if he ran for re-election in 2020 and lost.

“Do you really think as things continue to get worse and worse for him that he is going to put himself on the ballot in 2020 knowing he’s going to lose? Because you know what? For all of his failures, he has to know he’s going to lose. Things are going badly,” host Joe Scarborough posed.

“I think he will be disqualified before,” replied Deutsch. “But in the sad event he does run and he does lose which will be a happy event, it will be stunning what we would see. He would be a president going, I’m not leaving. I’m not leaving. Call the military. We have to look at this man. He really would do that. He would say, ‘No, no, no. I’m still here.’ And even if they carried him out, he would turn to 50 million Americans and say I’m still your president and this is my new government. This is what we’re dealing with here, kids.”