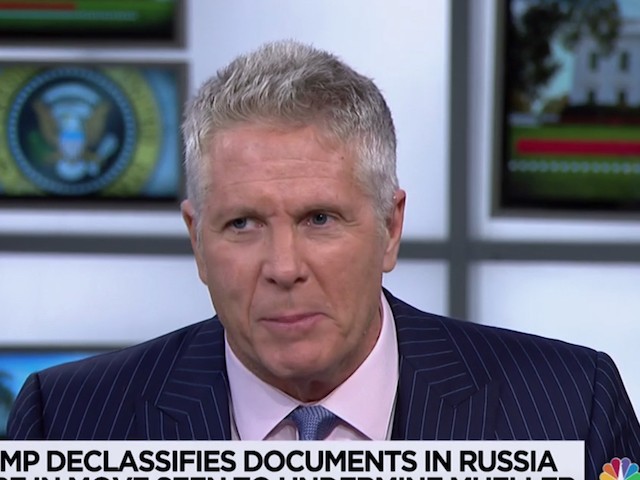 Tuesday on MSNBC’s “Deadline,” Donny Deutsch said he believed since the #MeToo movement was a reaction to President Donald Trump, if the Republicans move forward with Supreme Court justice nominee Brett Kavanaugh in light of the sexual misconduct accusations, it would be a “suicide mission.”

Deutsch said, “The trend that you’re talking about to me is going to dominate everything. The entire #MeToo movement started post the election with Donald Trump.”

He continued, “I think they had buyers remorse. I think some women said kinda ‘well’ on the “Access Hollywood” tape. Women who have ever felt victimized in their life, which is pretty much every woman I know, Okay? —we have to step back and say, this woman is coming forward and putting her life on the line. Six years ago, she didn’t sit in a therapy session and make something up and have the doctors take notes in the thinking that Brett Kavanaugh would be a Supreme Court nominee. Everything in your gut tells you this woman has no incentive to make it up, where Judge Kavanaugh would have every incentive to deny it. Having said that the people who are on the line will not be Professor Ford and it will not be Judge Kavanaugh, it will be the Republican men. Those Republican men going after this woman in any way, shape or form, is going to be a suicide mission. No matter how they dance it because every woman sitting across America who has ever in any way been victimized is going to look at that and rise up. I think that wave is going to turn into a tsunami. I think that if the Republicans were smart, they would bail now and get their next guy. They can find their next conservative. They can find that next judge. This is a devastating, devastating, big booby trap for them.”

He added, “I have a lot of cash here. Kavanaugh will not get this nomination. Lisa Murkowski and Susan Collins cannot be the swing votes that puts this man on the bench that will have Roe v. Wade in his hands.”